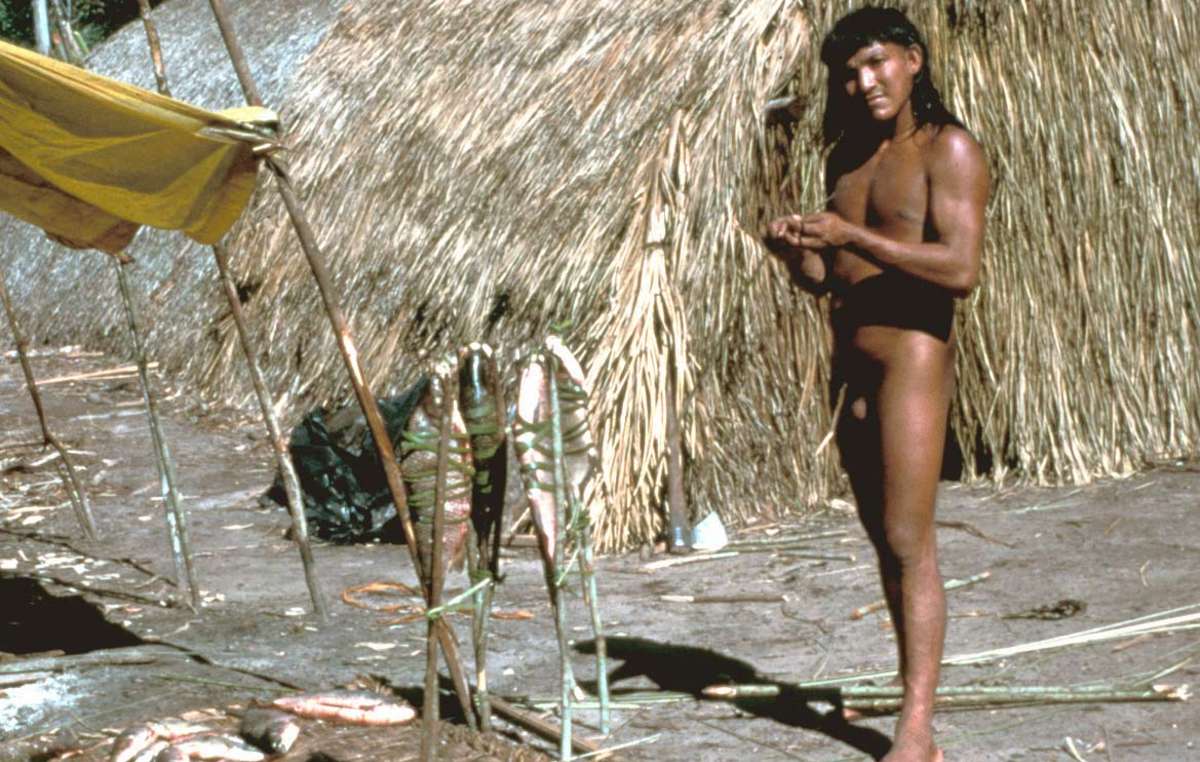 The isolated Enawene Nawe tribe has spoken out against a series of dams which could destroy their livelihood.

The dams will have a devastating impact on the breeding cycle of the fish which are a vital part of the Enawene Nawe's diet, as they are one of the few tribes who eat no red meat.

Up to 11 dams are planned along the Juruena river, which flows through the Indians' territory. Besides being an essential part of their diet, fish also have huge ritual and symbolic signifiance for them.

The dams will be funded by a consortium of businesses, many of whom are involved in the soya industry.

The Enawene Nawe are opposing the dams, and have launched an appeal for support to halt their construction:

We are the Enawene Nawe of Halataikiwa village.

We have just been to a meeting. We did not seek this meeting, it was the Brazilians who invited us. Together with our representatives, there were representatives from the Nambiquara, Pareci, Myky, and Rikbaktsa tribes.

At the meeting we spoke with a Brazilian about the building of dams. The Brazilian said, 'Come and look at the first dam we have already built.' He continued, 'The dams are a good thing, not a bad thing. The fish will not die, the water will not become dirty, the forest will not die.'

As far as the Enawene Nawe are concerned, we are completely against the dams. We do not want a car nor do we want money.

We are thinking about fish, and the water.

The Rikbaktsa people think the same.

As soon as we got back home we, the Enawene Nawe, spoke together.

After this, we spoke in Cuiabá [the capital of Mato Grosso state], to the public prosecutor. This person said that the situation was very difficult.

So then we thought like this: OPAN [Brazilian NGO working with indigenous peoples] and the Federal Ministery of Public Affairs should see the impact report together; and soon we must go to Brasília so that all the Enawene Nawe can speak there.