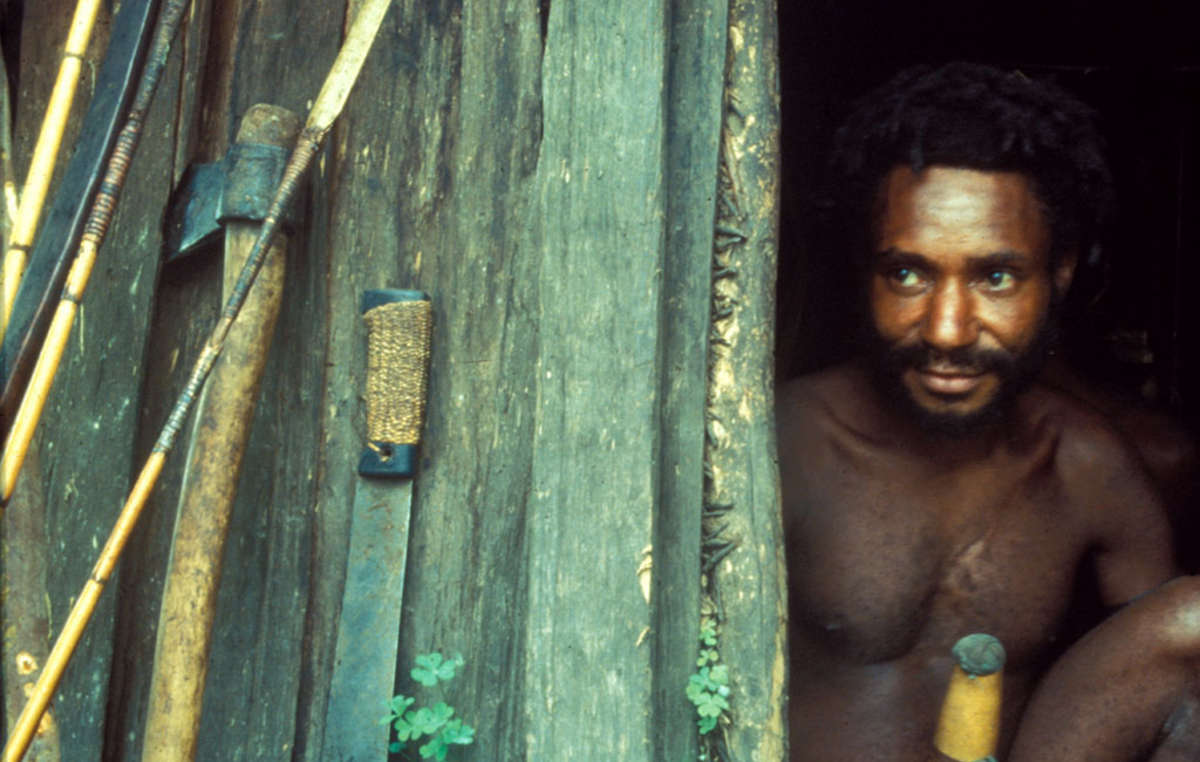 Former BBC newsreader Michael Buerk has been criticized by West Papuans after calling them ‘primitive’ and claiming they kill outsiders.

A spokesperson from Elsham, Papua’s leading human rights organisation, said, ‘I’m surprised that an experienced journalist like Mr Buerk should say something that is both offensive and totally wrong. The people actually being killed in Papua are ordinary Papuans, by the Indonesian military and police. In total, at least 100,000 have been killed. It would be nice to get journalists covering this, rather than regurgitating racist stereotypes.’

Speaking on BBC Radio 4’s Moral Maze programme, Buerk said, ‘The only really primitive societies to survive into the modern age are the tribes in the remote parts of New Guinea, and whenever they come across a stranger they kill them.’

Buerk’s gaffe comes soon after lurid accusations of cannibalism against an Amazonian tribe made headlines around the world. Indians, from the Kulina tribe in Brazil and Peru, have been accused of killing and eating a white settler. World experts on the Kulina have dismissed the accusations as ‘false’ and ‘slanderous.’

‘Mr Buerk’s comments will reinforce public opinion that Indigenous West Papuans are not capable of making their own decisions about their land, their natural resources and their forests, and that they should not be accorded human rights like other human beings,’ the statement from Elsham continues. ‘It will reinforce the idea that to be oppressed and colonized, under an Indonesian occupation, is the right thing for us.’

‘It would be better for Mr Buerk and his media to work with the UK government to pressure Indonesia’s government to make West Papua open to the outside world. That means allowing journalists to enter. That way, Mr Buerk could visit West Papua, meet West Papuans and judge the situation himself.’

Buerk’s understanding of tribal peoples differs from that of fellow UK journalists such as John Simpson, George Monbiot, Sandy Gall, Tim Butcher, Michael Butcher, John Vidal and Christina Lamb. All these journalists endorse Survival’s ‘Stamp it Out’ campaign and agree that the use of terms such as ‘Stone Age’ and ‘primitive’ to describe tribal peoples today is unacceptable.

Survival Director, Stephen Corry, said today, ‘Mr Buerk is simply, but dangerously, wrong. Little-contacted peoples have very good reason to fear outsiders who bring death and destruction in their wake. Most tribal peoples know this nowadays, they learn it from their own past experiences and that of their neighbours. It explains the hostility and fear which characterises new contacts, and has nothing to do with their being 'primitive'. Far more tribal people are killed by outsiders than the other way around.'