We have a problem. Governments, conservation organizations and the most polluting companies, predominantly from the global north, are promoting a dangerous plan. They say it will help solve both the climate and biodiversity crises, but it won’t.

During an unnoticed high-level meeting taking place in Geneva in a few days, governments are preparing to agree on a plan that will have a dramatic impact on all of us.

They want to turn 30% of the planet into Protected Areas. This plan, known as 30×30, will be the biggest land grab in history. It will involve taking vast areas of Indigenous Peoples’ lands and turning them into militarized national parks and reserves where evictions, killings, torture and rape are commonplace.

Instead of fighting the real causes of environmental destruction and tackling those most responsible: growing overconsumption and exploitation of resources for profit led by the Global North, it is Indigenous people who will bear the brunt of these measures.

Indigenous people represent around 6% of the world’s population yet their lands make up 80% of the most biodiverse places on earth. They, who have protected the planet best, and are least responsible for environmental degradation, are set to lose the most.

Big conservation organizations, well known for their appalling human rights records, like WWF and Wildlife Conservation Society support the 30×30 plan. They’ll make millions managing the new parks and through using the stolen lands to sell carbon offsets — the notorious trick that allows polluting companies to carry on polluting, while pretending they are green. No wonder the world’s largest corporations support it too. This will only protect the interests of elites who pollute the most, while the climate, biodiversity and the world’s most vulnerable people continue to be destroyed.

Crucial negotiations on whether the 30% target will be set are on a knife edge. It’s not too late to stop this dangerous plan. Survival has declared March 2nd as ‘Human Diversity Day’ — to draw global attention to the devastating impact of 30×30 on the whole of humanity. Without human diversity there will be no biodiversity.

30×30 will destroy millions of Indigenous and local people and give a green light to the world’s biggest polluters to carry on polluting, we cannot allow it to happen. On Human Diversity Day we’re asking the whole of humanity to join together to take action, for all our futures.

Please write to those negotiating this dangerous plan. For more information, please follow the hashtag #DearHumanity on social media networks. 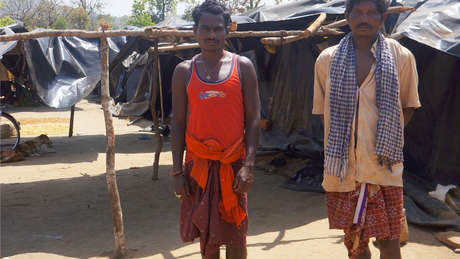