One of the many illegal gold mining sites in the Yanomami territory. © FUNAI

The Yanomami tribe has launched a global campaign to expel 20,000 gold miners from their land amid the coronavirus pandemic.

Three Yanomami people have died from Covid-19 and dozens more are infected. There are fears the disease could wipe out thousands of Yanomami people, and hit several Ye’kwana communities who also live in the territory.

New research released as part of the campaign reveals that thousands of Yanomami people living near the illegal mining zones in the Yanomami Indigenous Territory could become infected, and that the territory is the most vulnerable in the entire Brazilian Amazon to the virus. 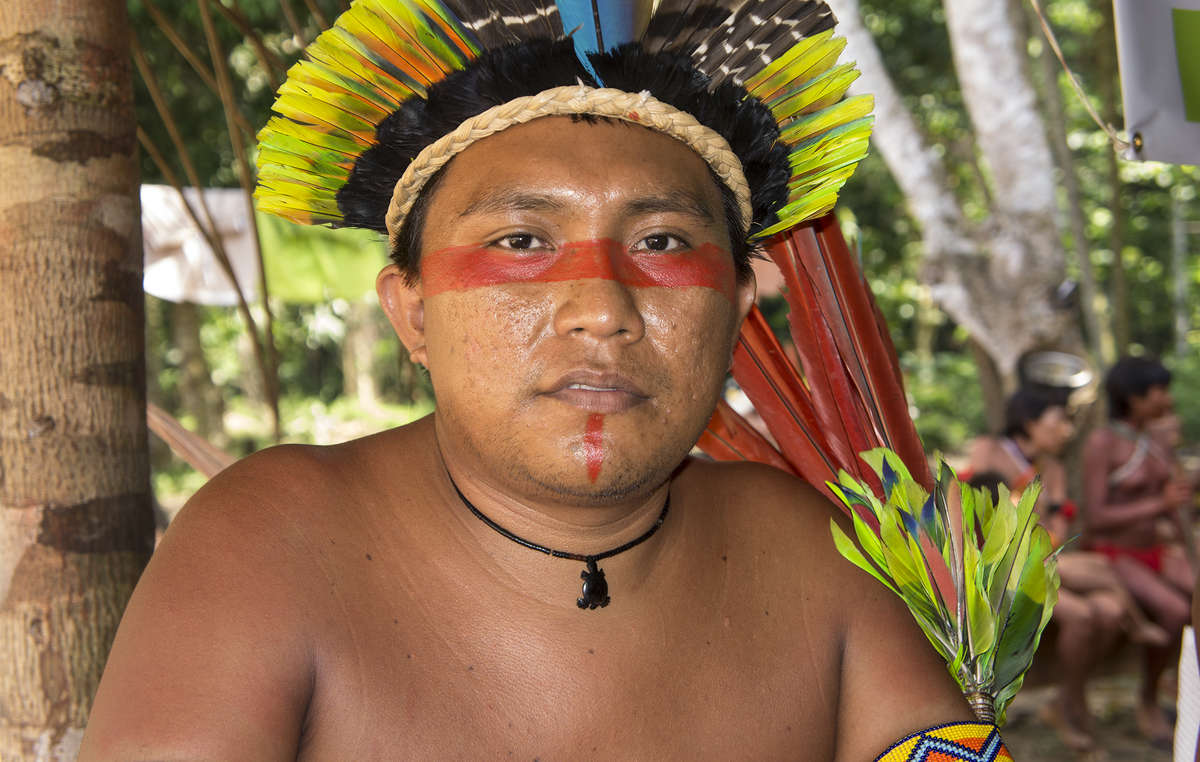 Dario Yanomami of the Hutukara Yanomami Association: “Our shamans are working non-stop to counter this epidemic. We need support from the whole world.” © Fiona Watson/Survival

Dario Yanomami of the Hutukara Yanomami Association said: “We are monitoring the Covid-19 disease spreading through our land and are very sad at the first Yanomami deaths. Our shamans are working non-stop to counter this xawara (epidemic). We will fight and resist. To do this, we need support from the Brazilian people and from the whole world.”

The “#MinersOutCovidOut” campaign has been launched by several Yanomami and Ye’kwana associations and many supporting organizations worldwide (list below).

The Yanomami aim to get 100,000 people signing a petition calling on President Bolsonaro’s government to expel the miners from their territory – the largest indigenous territory in Brazil. It has been the target of illegal gold mining since the 1980s. Malaria epidemics introduced by the miners in the 1980s killed a fifth of the tribe’s population in Brazil, and many in Venezuela.

Miners have been operating close to one of several communities of uncontacted Yanomami, who are known as the Moxihatatea.

The following people are available for interview:

Uncontacted tribes are at particular risk of being wiped out by diseases to which they have no immunity. Davi Kopenawa, a Yanomami leader known as “the Dalai Lama of the Rainforest” recently warned the UN that the uncontacted Yanomami could soon be exterminated if nothing is done to protect the territory.

Gold miners have been spotted close to Moxihatatea (uncontacted Yanomami). Above, one of the Moxihatatea communal houses, seen from the air. © Guilherme Gnipper Trevisan/FUNAI/Hutukara

Miners appear to be exploiting the chaos caused by the coronavirus and have been emboldened by President Bolsonaro’s pro-mining stance, with an increase in Yanomami land destroyed by gold miners in March compared with February.

President Bolsonaro has actively encouraged land invasions in indigenous territories and has introduced a bill to sell off their lands for logging, mining, ranching and farming.

Survival’s Research and Advocacy Director Fiona Watson said today: “The Yanomami’s survival as a people depends on the miners being removed. At the moment their rivers are being polluted with toxic mercury, their forest destroyed, their children are dying of malaria and more miners are invading under cover of the coronavirus pandemic. A humanitarian catastrophe is unfolding.

“The Yanomami are up against 20,000 gold miners and a President determined to finish off the country’s indigenous peoples.

“If the government doesn’t act now we could witness the appalling scenario of the 1980s gold rush again, when one fifth of the Yanomami population died from diseases due to government inaction.”

3. As part of the campaign ISA and the Federal University of Minas Gerais have published a report on the impact of goldmining on the Yanomami. According to their research, 40% of the Yanomami living near the illegal gold mines could become infected with Covid-19.

4. ISA’s radar monitoring system, Sirad, has detected an increase in gold mining activity. Sirad’s results show that since the first analyses 1,925 hectares of forest degraded by illegal mining have been detected. In March 2020 alone, 114 hectares of forest were destroyed by gold miners.

5. After a long international campaign led by Davi Kopenawa, Survival and the CCPY (Pro Yanomami Commission), Yanomami land in Brazil was finally demarcated as the ‘Yanomami Park’ in 1992. Combined with the Yanomami territory in Venezuela, it is the largest area of rainforest under indigenous control anywhere in the world.