The rainforest where these two uncontacted Indians were filmed is now on fire. It’s unclear if they’ve survived. © Mídia Índia

This page was last updated on August 28, 2019 and may contain language which is now outdated.

The survival of uncontacted tribes in the Amazon is now at risk as some of their last forest refuges are being consumed by flames.

In the eastern Amazon, fires have been seen near uncontacted members of the Awá tribe, who live in the final area of rainforest left in the region.

Local people report that the loggers who have set the fires are heavily armed, and preventing firefighters from accessing the area.

Astonishing video of two uncontacted members of the tribe was released last month. It’s unclear if the men in the video are still alive, as their forest is now on fire.

On the other side of Brazil, the ancestral forest of the Uru Eu Wau Wau tribe, some of whom remain uncontacted, is also being destroyed.

The Uru Eu Wau Wau are known as the “Harpy Eagle” people, as they use the bird’s huge feathers to make hunting arrows and headdresses. They call their uncontacted neighbors the Jururei, meaning “brave ones.” Their reserve has long been targeted by ranchers and settlers.

Members of the Awá’s neighbours, the Guajajara people, have long been working to protect the uncontacted Awá’s forests. The Guajajara Guardians have been patrolling the forest to expel loggers, and have also battled previous fires in the area. 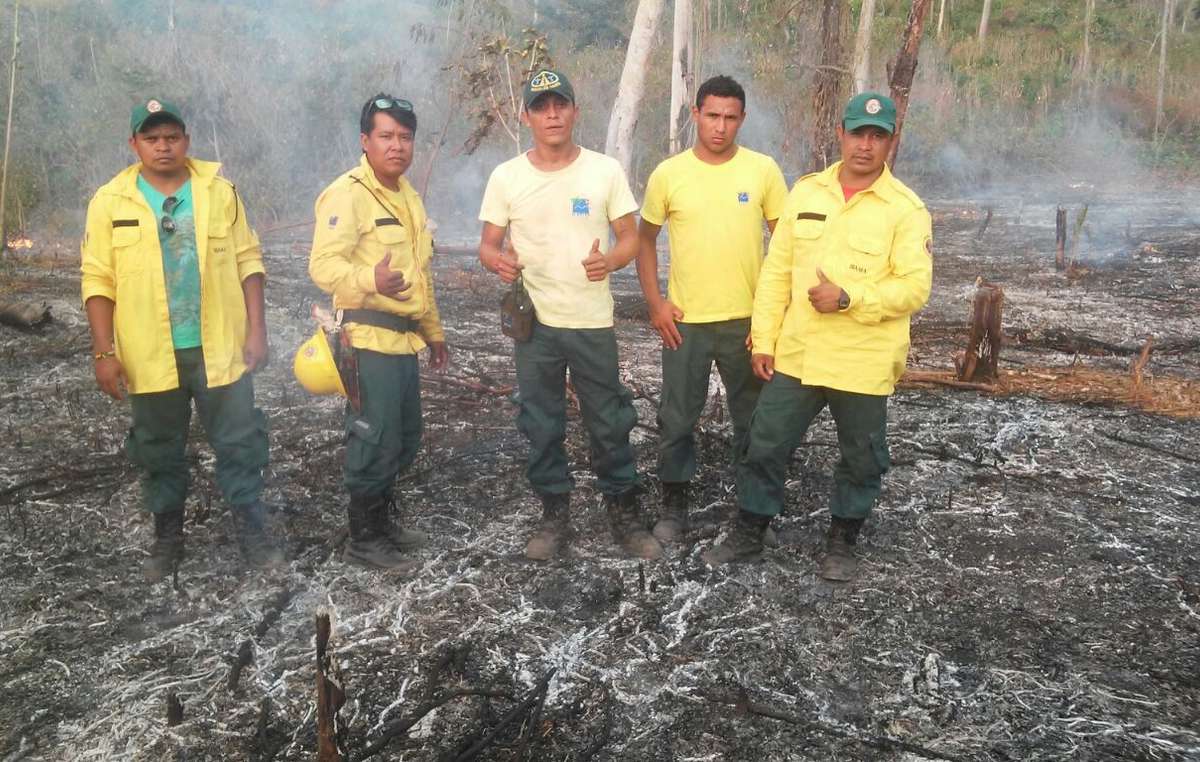 Guajajara firefighters during a previous operation to battle forest fires in the Awá’s territory. © Guajajara

Campaigners are concerned that the current wave of fires could wipe out the uncontacted Awá and are calling for urgent action.

COIAB, the Coordinating Body of Indigenous Organizations in the Brazilian Amazon, said in a statement: “The fires are destroying the remaining forests in these regions, which are vital spaces for the survival of our relatives… There are isolated peoples also in the state of Mato Grosso, many of them have not yet had their presence recognized by the Brazilian state, who may be fleeing the deforestation and fires.”

The Awá, known as Earth’s Most Threatened Tribe, are already under great pressure as illegal loggers are devastating their territories, which are islands of green amid a sea of deforestation.

Arariboia indigenous territory in the Amazon, an island of green surrounded by deforestation © Survival

Uncontacted tribes are the most vulnerable peoples the planet. Unless their land is protected, they face catastrophe.

Survival International Director Stephen Corry said today: “These fires are now not just an environmental catastrophe, they’re also potentially genocidal. By encouraging the land invaders and ranchers who set these fires, President Bolsonaro is signing a death warrant for the uncontacted tribes whose homes are going up in flames. If their forest is destroyed, they simply won’t survive.”