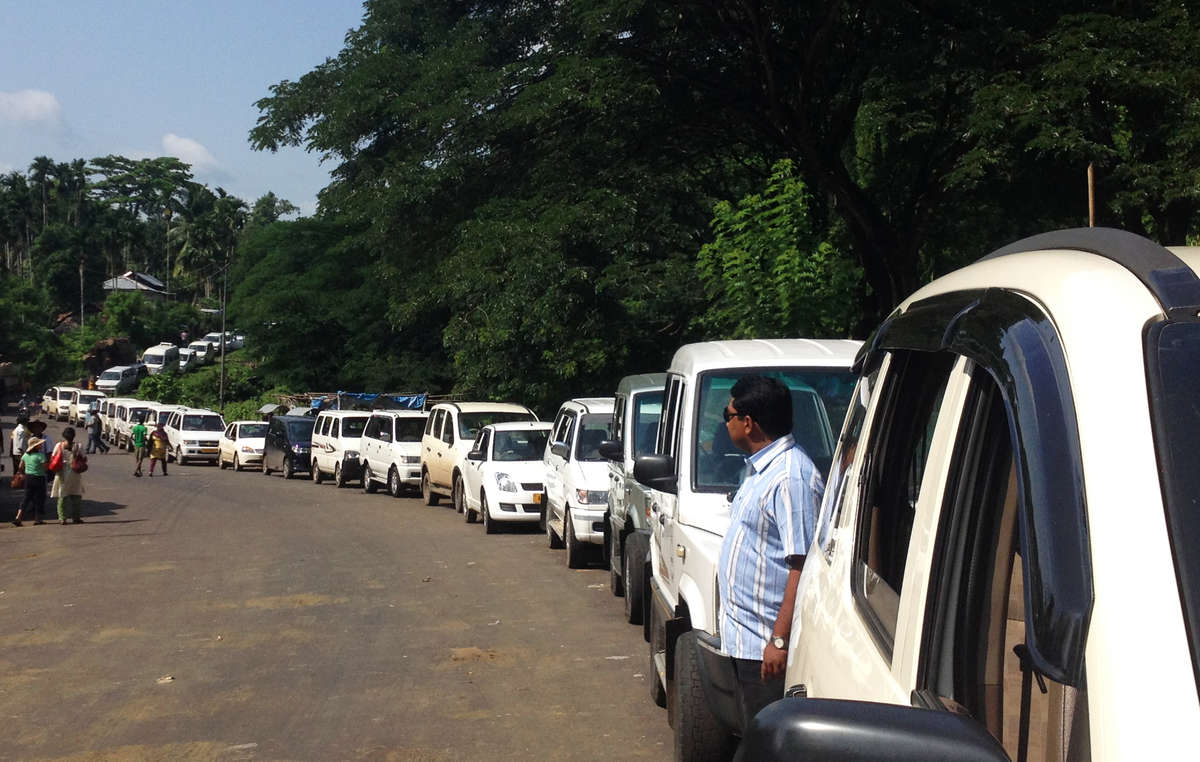 Vehicles queue to enter the Jarawa’s forest. Tourists are still flocking to the Jarawa reserve, treating the tribe like animals in a safari park. © www.andamanchronicle.net /Survival

Authorities on India’s Andaman Islands have failed to end “human safaris” to the vulnerable Jarawa tribe by their self-imposed deadline of March 2015.

While the islands’ administration has made some positive steps towards taking tourists off an illegal road that runs through the Jarawa’s reserve, progress on the alternative sea route has been woefully slow.

In 2013, the Andaman authorities promised the Indian Supreme Court that they would introduce an alternative sea route by March 2015, but building work has not yet started. Plans have also been announced to widen the Andaman Trunk Road (outside the reserve) and build two new bridges.

It has been five years since the “human safaris” were first exposed by Survival International, the global movement for tribal peoples’ rights, and over 12,000 people have since pledged not to holiday in the Andaman Islands until the human safaris are stopped.

The Jarawa are vulnerable to exploitation by outsiders, and poachers are known to lure young Jarawa women with alcohol or drugs to sexually exploit them. © Survival

But hundreds of tourists continue to pass through the reserve on a daily basis, disturbing the game the Jarawa hunt for their survival, and effectively treating the Jarawa like animals in a zoo.

The Jarawa are extremely vulnerable to exploitation by outsiders and could face a similar fate to that of the neighboring Great Andamanese tribe, who were decimated by forced settlement and diseases introduced by British colonizers.

Last year, it was revealed that poachers regularly enter the Jarawa reserve and some lure young Jarawa women with alcohol or drugs to sexually exploit them.

Survival’s Director Stephen Corry said today, “The longer the construction of the alternative route takes to complete, the greater the risk to the Jarawa who, like all recently contacted peoples, face catastrophe unless their land is protected. It’s a hugely positive step that the process has begun, it is now vital that the alternative route is built as quickly as possible.”