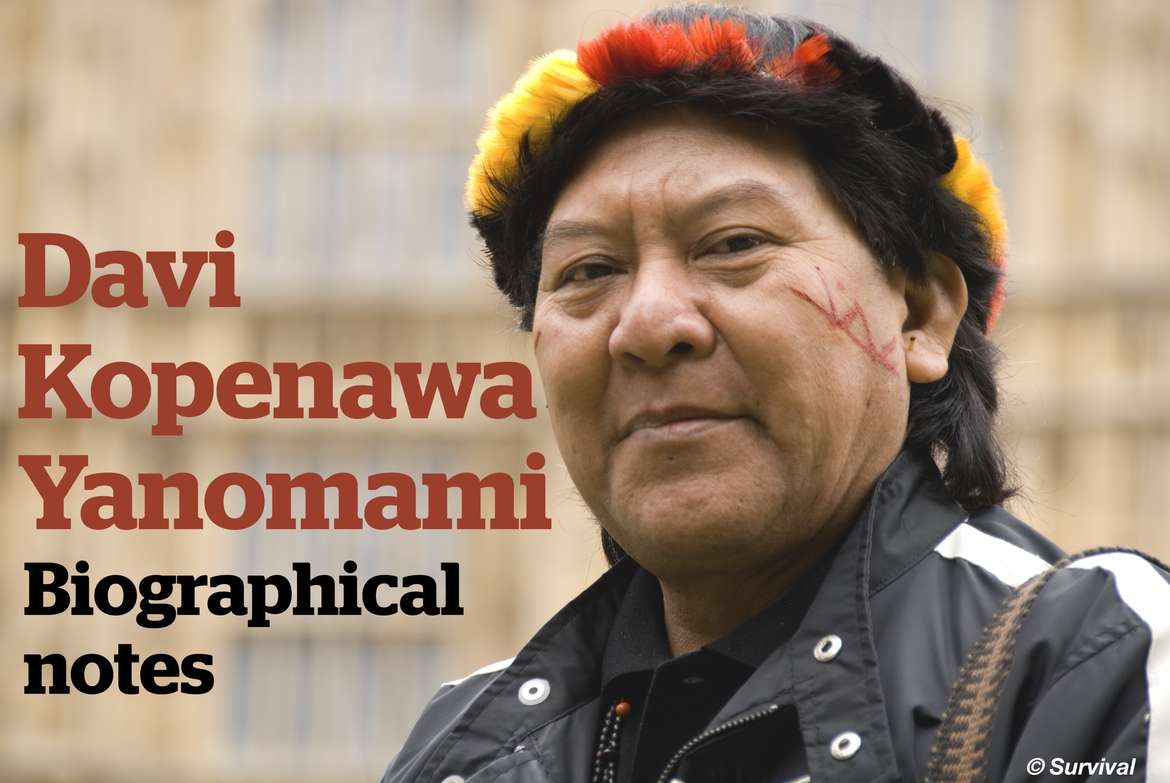 Davi Kopenawa Yanomami is an indigenous leader and shaman from Brazil. © Survival

I would like the white people to hear our words and dream about all they say: if the shamans’ songs stop being heard in the forest, white people will not be spared any more than we will

Davi Kopenawa in The Falling Sky – Words of a Yanomami Shaman

Davi Kopenawa Yanomami is a shaman and spokesperson for the Yanomami people, one of the largest relatively isolated tribes living in the Amazon forest on the border of Brazil and Venezuela.

Dubbed the ‘Dalai Lama of the Rainforest’, Davi is today a global ambassador for his people and one of the most eloquent and powerful voices speaking out against the destruction of the Amazon rainforest and its peoples.

For 25 years he tirelessly led the national and international campaign to secure Yanomami land rights for which he gained recognition around the world and in his native country, Brazil. As a result, the Yanomami territory was formally mapped out by the Brazilian government in 1992. The contiguous Yanomami territories in Brazil and Venezuela are the largest area of tropical rainforest managed by an indigenous people in the world.

Davi’s courage, combative spirit and tenacity are reflected in his Yanomami nickname ‘Kopenawa’ or hornet. The name came to him in a shamanic dream when the wasp spirits appeared before him, when he began to struggle against the invasion of his people’s lands by illegal goldminers in the 1980s that nearly wiped out the tribe. 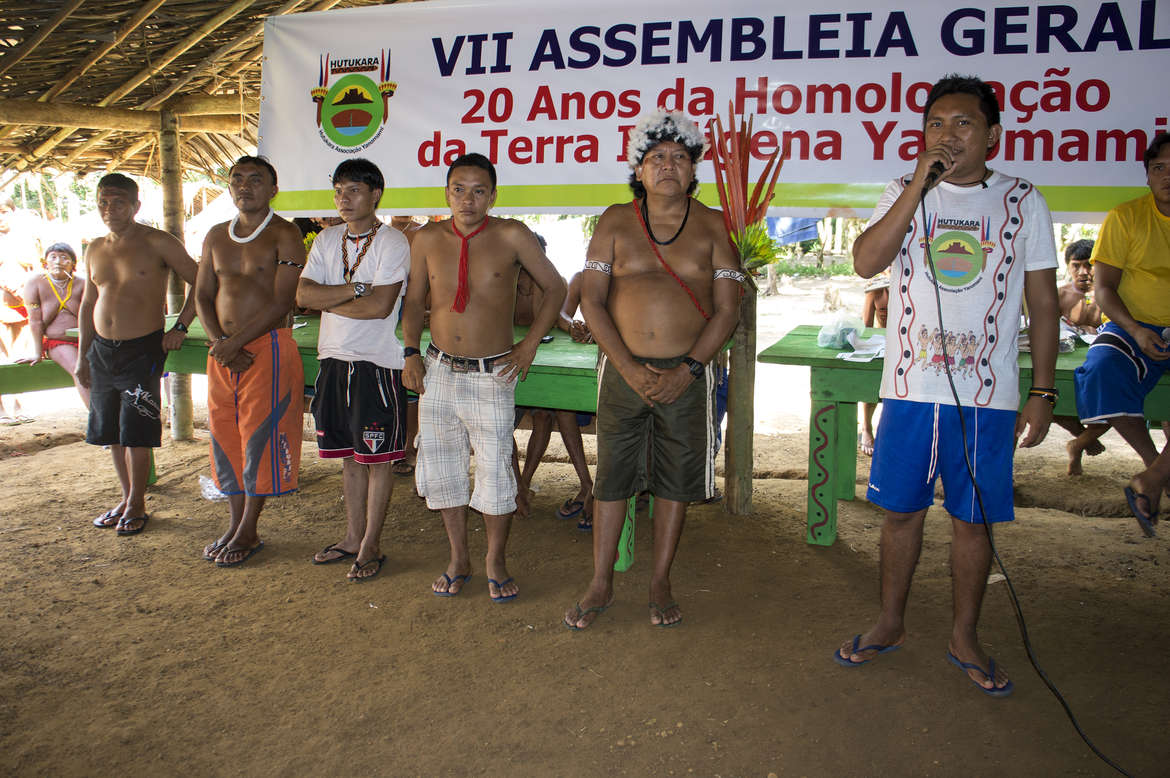 Davi Kopenawa and members of Hutukara Yanomami Association, during the organization’s 7th Assembly in 2012 marking 20 years of the demarcation of the Yanomami territory in Brazil. © Fiona Watson/Survival 2012

Davi has been instrumental in bringing together distant and diverse Yanomami communities. In 2004 he founded Hutukara, the Yanomami association which advocates for Yanomami rights and runs land protection, education and health care projects. He is currently its president.

Hutukara’s campaigns have successfully recovered Yanomami land stolen by cattle ranchers in the 1970s, obliged the government to uphold the constitution and evict thousands of illegal goldminers from the Yanomami’s forest, and forced scientific institutions in the USA to return hundreds of blood samples taken from communities without their consent.

It has organised many workshops and meetings to encourage Yanomami youth and women to participate in projects, and to strengthen links between shamanic healing and western medicine.

In 2010 Davi published his autobiography, The Falling Sky, in collaboration with anthropologist Bruce Albert. Part autobiography and part critique of the industrialised world’s materialism and over-consumption, he gives a detailed and rich portrait of the Yanomami people and their way of life, and describes his initiation as a shaman and his fight to save the forest and indigenous peoples from the destruction and greed of the “white” people.

Davi has travelled the world to speak to varied audiences from primary school children to the UN General Assembly.

Davi spends much time in his community Watoriki (the Windy Mountain) practising shamanism. He is married to Fátima and they have six children, including an adopted girl and four grandchildren. 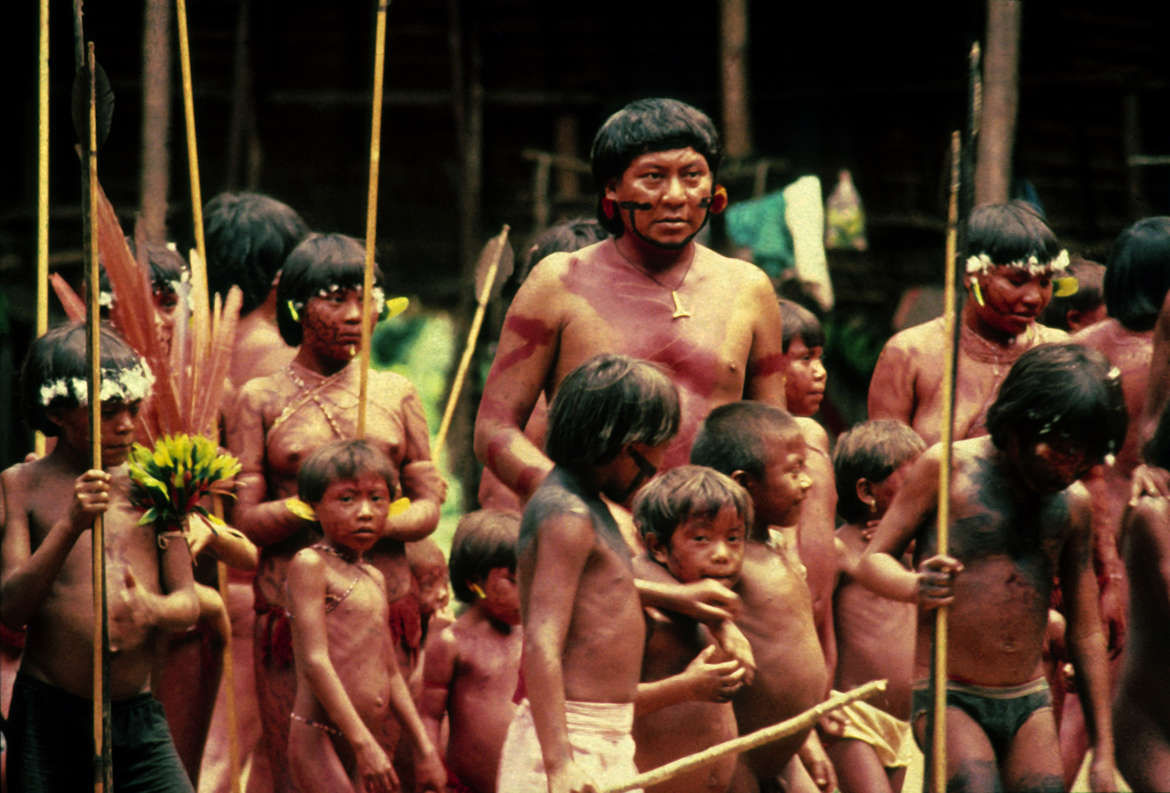 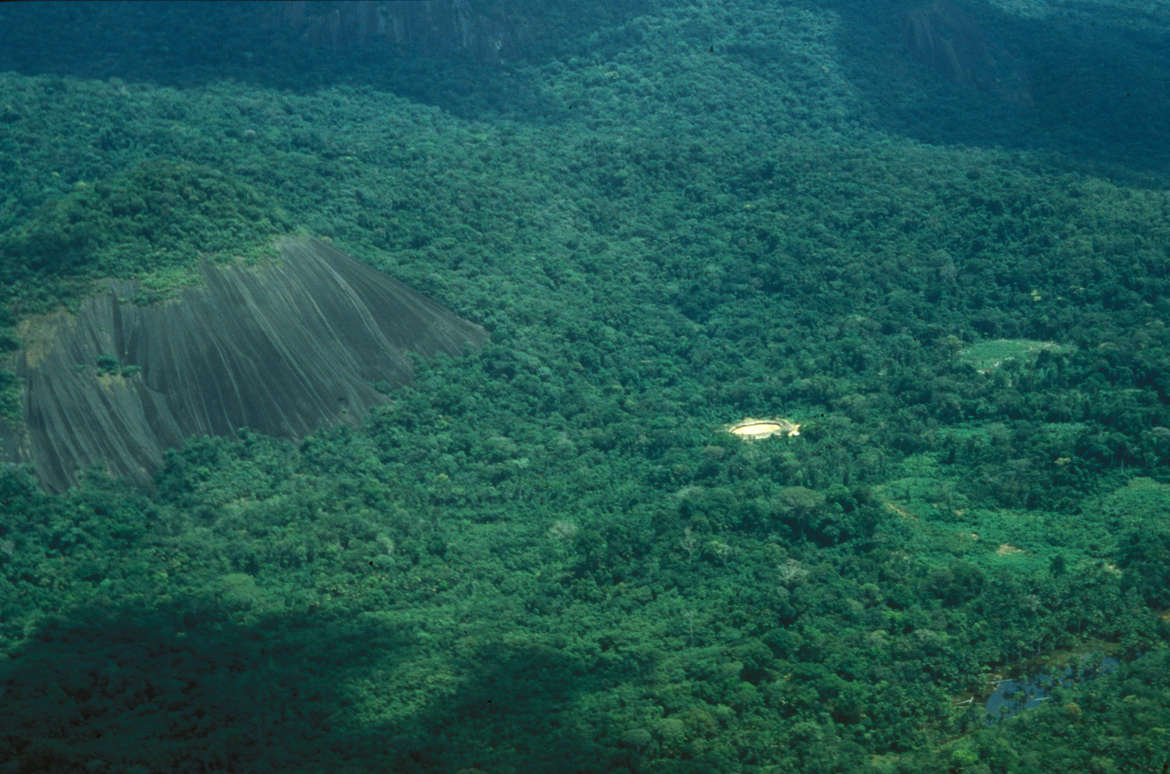 Davi was born around 1956 in Marakana, a Yanomami community on the Upper Toototobi river in the Brazilian state of Amazonas, in the northern Amazon near the Venezuelan border. One of his strongest childhood memories is his mother hiding him under a basket when the first white people came to their village.

At the end of the 1950s and during the 1960s, first contacts with outsiders (the Brazilian government’s Indian Protection Service (SPI), the Brazilian Border Commission (CBDL) and later North American missionaries from the New Tribes Mission) brought fatal diseases to the isolated Yanomami of this remote region. Davi’s community was decimated and many members of his family, including his mother, died in the epidemics which swept through the area in 1959 and 1967.

In 1983, Davi began to fight for the recognition of the Yanomami’s forest lands in Roraima and Amazonas states. ‘Wild cat’ goldminers were beginning to illegally invade the area, spreading diseases like malaria and flu to which the Yanomami had no resistance. As a result 20% of the Yanomami population died between 1986 and 1993 from diseases and in violent attacks.

Davi’s struggle took him to many countries. The first time he left Brazil was at the invitation of Survival International, which asked him to accept the Right Livelihood or ‘Alternative Nobel Prize’ on its behalf in a ceremony in the Swedish Parliament in 1989 in order to launch an international campaign for Yanomami land rights. The prize was awarded in recognition of Survival’s efforts to fight alongside the Yanomami and its success in ‘raising public awareness of the importance of the wisdom of traditional peoples for the future of humanity’. During this trip Davi spoke of the terrible impact of the goldminers’ invasion on the Yanomami’s health and environment and warned that the Yanomami would only survive if their land rights were recognised.

Subsequently Survival organised Davi’s first trip to the USA in 1991, where he met the UN Secretary General Pérez de Cuéllar, members of the Inter American Commission on Human Rights and American senators to raise awareness of the impending genocide of the Yanomami. Davi participated in ‘Amazon Week’ an annual event held to highlight issues surrounding the Amazon and its peoples.

The Yanomami area was officially recognised by the Brazilian government just before it hosted the UN’s first Earth Summit in Rio de Janeiro in 1992. Covering over 9.6 million hectares [96,650 square kilometres], about the size of Hungary or Indiana state in the USA, it is one of the planet’s most important reservoirs of genetic diversity as well as home to almost 26,000 Yanomami.

From the 1980s Davi worked closely with CCPY (the Pro Yanomami Commission) the Brazilian NGO which played a fundamental role in the successful campaign for Yanomami land rights. Davi’s support was instrumental to CCPY’s projects, such as its innovative bilingual education project, which aimed to help the Yanomami defend their rights themselves by setting up schools to run literacy and numeracy classes and train Yanomami teachers.

He also helped CCPY set up the medical NGO Urihi, which trained Yanomami health workers and successfully reduced rates of malaria and other infectious diseases in the communities.

ISA (Instituto Socioambiental or Socio-Environmental Institute), a leading Brazilian NGO working on social and environmental issues took over CCPY’s Yanomami projects in 2009 and works closely with Hutukara on various projects.

During the 1990s and early 2000s Davi made several trips abroad, many organized by Survival International, to meet with government bodies and NGOs to raise funds for vital health and education projects with the Yanomami as well as to expose the continued threats to his people from goldminers, colonists and ranchers.

In December 1992, Davi represented the indigenous peoples of the Amazon at the United Nations in New York for the official opening of the UN Year for the World’s Indigenous Peoples. The following year, he spoke at the UN in Geneva, where he expressed concern at the possible negative effects of government development policies on the Yanomami’s land.

In the course of his travels, Davi has met four Brazilian presidents, the King of Norway, former vice President of the USA, Al Gore, and Prince Charles. He won a UN Global 500 award in recognition of his battle to preserve the Yanomami’s rainforest home and to secure a future for his people. In April 1999, Davi was awarded the Ordem do Rio Branco by President Fernando Henrique Cardoso in recognition of his work on behalf of the Yanomami people.

More news about the Yanomami