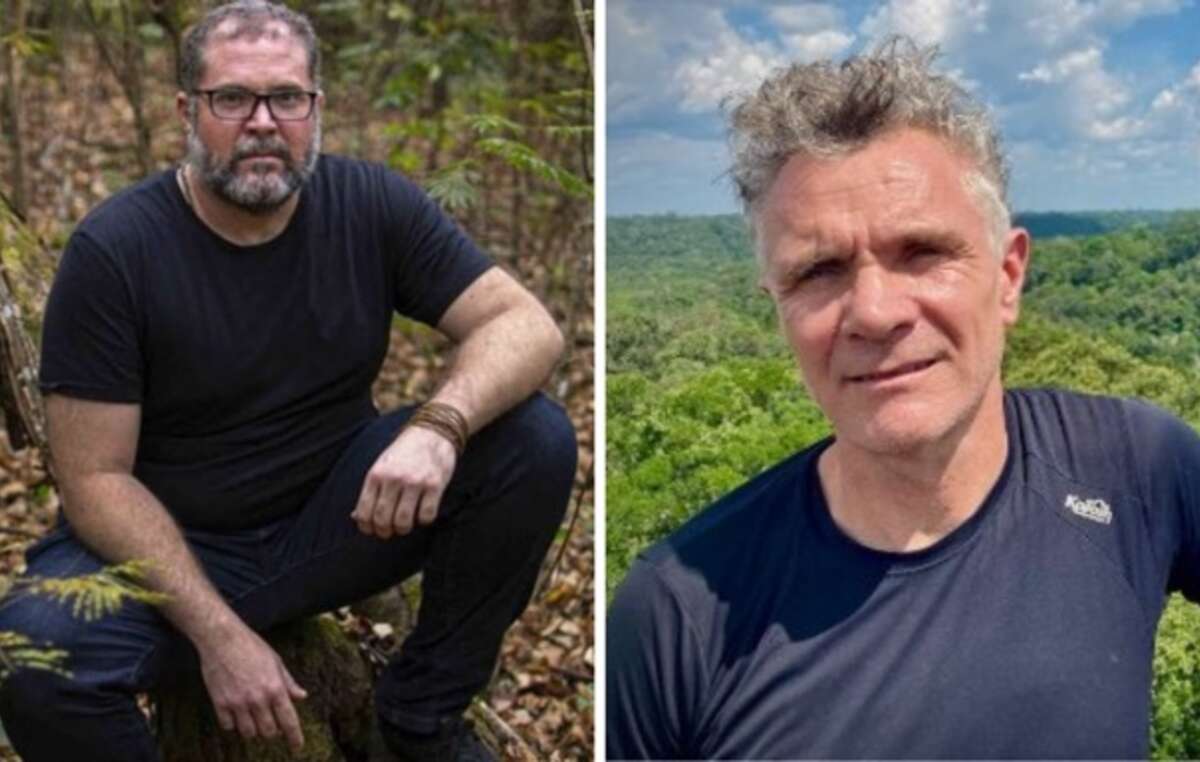 Bruno Pereira, a renowned Indigenous rights defender, and Dom Phillips, an experienced British journalist, went missing on Sunday 5 June near the Javari Indigenous Territory in western Brazil. Their deaths have now been confirmed by Brazilian police, though they have not yet formally identified the bodies.

Bruno had received death threats as a result of his work with the Indigenous peoples of the region and their organization UNIVAJA, to rid their forests of illegal loggers, miners, poachers and drug traffickers.

He was a highly-respected authority on uncontacted tribes and the specialised fieldwork necessary to establish their whereabouts and recognize and protect their territories. UNIVAJA said: “We invited him to work with us because of his knowledge and expertise, as well as the enormous trust we had in him.”

Dom, who had spent years investigating and exposing Indigenous rights violations and environmental destruction, was writing a book about the fight to save the Amazon rainforest.

The Javari Valley, a territory the size of Austria, is home to more uncontacted tribes than anywhere else on Earth, and has come under intense pressure from outsiders desperate to steal its natural resources for profit. There have been many attacks on the FUNAI (government Indigenous Affairs dept) base in the Javari. FUNAI field worker Maxciel Pereira dos Santos, who worked there, was murdered in 2019.

While Bruno and Dom’s alleged killers are now in custody, it’s the Brazilian government that created the conditions necessary for the tragedy to happen. Its genocidal attempts to open up Indigenous territories to invaders, and reward criminals with impunity, have caused skyrocketing levels of both forest destruction and appalling violence against those, principally Indigenous communities and leaders, who try to stop it.

Bruno and Dom are the latest victims of this war being waged by President Bolsonaro and his agribusiness allies. Before them, Paulo Paulino Guajajara, Ari Uru Eu Wau Wau, Alex Lopes Guarani, Arokona Yanomami and Original Yanomami are just a few of the Indigenous people who have been murdered in recent years. None of their killers have been brought to justice.

In a statement UNIVAJA said: “We want to express our solidarity with Bruno and Dom’s families, and our immense sorrow at this loss. For us, the Indigenous peoples of the Javari valley, it’s a priceless loss.”

They highlighted how the Indigenous friends and comrades of Bruno and Dom had played a key role in the search: “We were the first to scour the Itaquaí River, searching for Pereira and Philips since Sunday, the day they disappeared… We Indigenous people via UNIVAJA and our Land Monitoring Team ("EVU"), found the area which then became the focal point of the investigations by other bodies like the Federal Police, the Army, the Marines and the Fire Brigade.”

UNIVAJA voiced their anger at how the authorities have consistently ignored their warnings that the Javari Valley had become a drug-trafficking, poaching and mining hotspot, with constant threats to the Indigenous people who live there and are trying to stop the invasion: “We’ve been sending information about the invasion of the Javari Valley to the authorities, telling them that armed gangs of poachers linked to drug traffickers are in our territory to take our resources…. but the authorities have been slow to react.”

They also expressed their concern at the dangers they now confront on a daily basis: “We want the investigations to continue. [The two men arrested] are part of a larger group, we know that. We’re worried for our lives, the lives of everyone who’s been threatened (for it wasn’t only Bruno), members of the Indigenous movement. When the army and the media move on, what will happen to us?”

Survival International is campaigning alongside Indigenous peoples and their allies nationwide to stop Brazil’s genocide, and to protect the territories of uncontacted tribes, the most vulnerable peoples on the planet, from invasion. We call on the Brazilian government to bring  to justice the killers of Bruno and Dom, as well as those of the many Indigenous people murdered for defending their land.

“Vamos gente, vamos nessa”, Bruno used to say to us when the going got particularly tough in the fight for uncontacted tribes’ survival – “Come on guys, let’s do this.” His passion and dedication will be hugely missed, but will live on in the work of those privileged to have worked alongside him.

In a recent message to Survival, he said: “I'm going to the Javari again. There’s a lot going on there: lots of mining in the area around the Indigenous Territory, very close to the uncontacted groups… UNIVAJA's monitoring team is doing good work... The persecution and intimidation are not only directed at me, there are many people with me, but all this will pass, I hope, all this will pass. It’s been nearly 4 very intense years…  Let's see what we rebuild afterwards. I am here, in resistance, being attacked, but I will not give up.”

We send our deepest condolences to Bruno and Dom's families and friends, and to the Indigenous peoples of the Javari Valley and elsewhere, who have lost two valuable allies in their fight for survival.