by Fiona Watson, Director of Research and Advocacy

A version of this article was published by The Guardian on December 31, 2018

Indigenous peoples are frequently regarded as obstacles to the advance of agribusiness, extractive industries, roads and dams. Uncontacted tribes become targets – massacred over resources because greedy outsiders know they can literally get away with murder. These are silent, invisible genocides, with few if any witnesses. 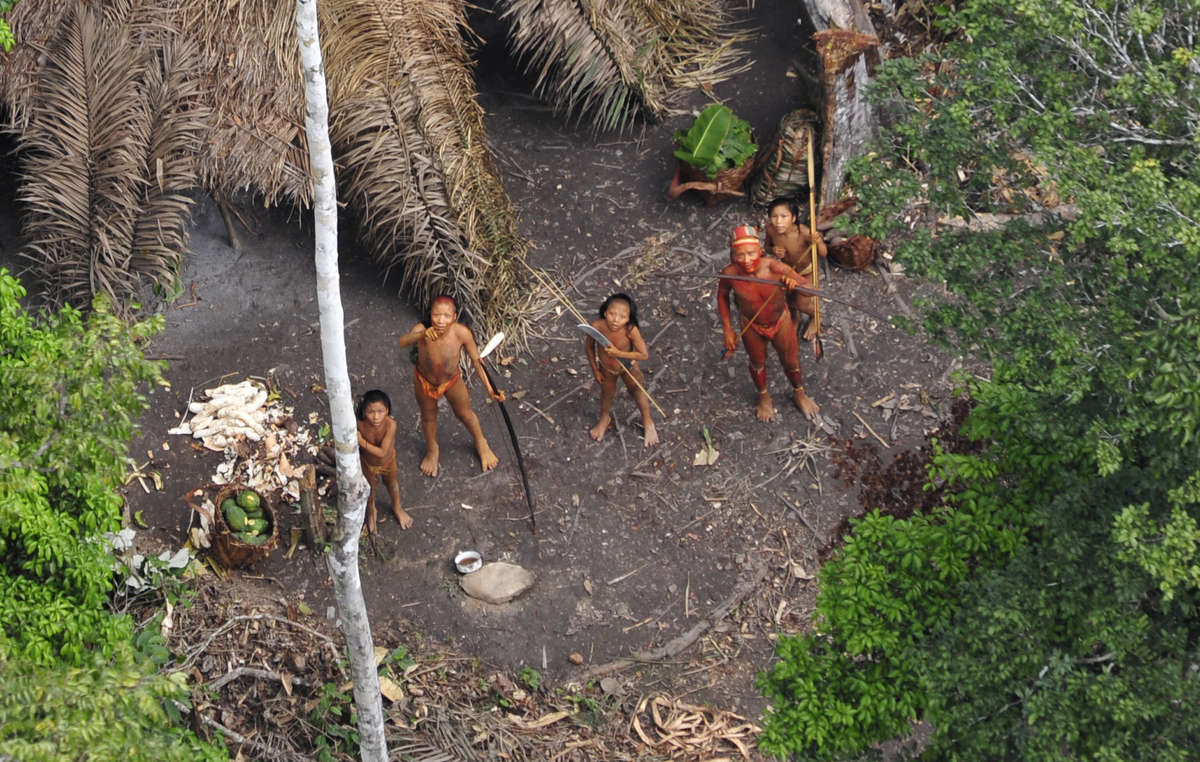 On January 1st, 2019, Jair Bolsonaro will be sworn in as Brazil’s 38th president. Following a campaign threatening the rights, status, and even the lives of Brazil’s most vulnerable groups, Bolsonaro’s new order is a bleak prospect. He has expressed open disdain for the Indigenous peoples of Brazil, and it is no exaggeration to say that some of the world’s most unique and diverse tribes are facing annihilation. Genocide is defined by the UN as “the intent to destroy, in whole or in part, a national, ethnical, racial or religious group”. Large-scale mass genocides rightly receive global attention, yet, unjustly, countless others go unreported and unpunished because the victims number only a few hundred, or even a few dozen.

Right now, deep in the Amazon rainforest, a small tribe of survivors is on the run. They are the Kawahiva, an uncontacted tribe of just a few dozen people, victims of waves of horrific attacks which have pushed them to the brink of extinction. We know almost nothing about them, except that they are fleeing chainsaws and genocide in a region with the highest rate of deforestation in the Amazon. Brazil’s first ever investigation into the genocide of an uncontacted tribe was launched in 2005 and twenty-nine people suspected of involvement in killing Kawahiva were detained but later released, including a former state governor and a senior policeman. The case stalled for lack of evidence.

The Kawahiva’s territory lies near the town of Colniza, one of the most violent areas in Brazil, where 90% of income is from illegal logging. Survival has recently called for increased police protection for the team responsible for protecting the Kawahiva’s land. FUNAI, Brazil’s Indian Affairs Department, has been prevented from properly carrying out its work in the area due to violence from illegal loggers and ranchers; leaving the tribe exposed and at risk of annihilation. Uncontacted tribes are the most vulnerable peoples on the planet. Unless the Brazilian authorities act now, the genocide of the Kawahiva will soon be complete.

Preventing a genocide of uncontacted people is not a priority for Bolsonaro. He once said:
“There is no Indigenous territory where there aren’t minerals. Gold, tin and magnesium are in these lands, especially in the Amazon, the richest area in the world. I’m not getting into this nonsense of defending land for Indians.”

Indigenous peoples are frequently regarded as obstacles to the advance of agri-business, extractive industries, roads and dams. As more rainforest is invaded and destroyed in the name of economic “progress” and personal profit, uncontacted tribes become targets; massacred over resources because greedy outsiders know they can literally get away with murder. These are silent, invisible genocides, where there are few if any witnesses. The news often only emerges months, if not years, later. We shall probably never know the true numbers of uncontacted tribes wiped out for being Indigenous, for being “in the way.”

The UN convention on genocide came into force 70 years ago, yet entire tribes continue to be exterminated by the dominant society in order to steal their land and resources. The most extreme example today is the “Last of his Tribe,” a lone man living in a patch of forest in Brazil’s western Amazon region. We know nothing about him except that he rejects all contact, and survived waves of attacks carried out in the 1970s and 80s against his people and his neighbors, the Akuntsu tribe – of whom just four survive. No one has ever been prosecuted for these genocides; in fact, they have never been adequately investigated. This impervious mentality harks back to the Wild West of the 18th and 19th centuries, when Native Americans in the US were slaughtered by the colonists, many of whom believed “the only good Indian is a dead one.” Indeed, Jair Bolsonaro himself has declared: “It’s a shame that the Brazilian cavalry wasn’t as efficient as the Americans, who exterminated the Indians.”

The majority of the world’s 100 or so uncontacted tribes live in the Brazilian Amazon. They are small, self-sufficient bands of Indigenous people who don’t have peaceful contact with anyone from the dominant society. They are aware of the outside world, use and adapt outside goods for their own purposes and may engage sporadically with contacted tribes nearby. Their self-sufficient hunter-gatherer lifestyles require vast and acute botanical and zoological knowledge. With this unique understanding of sustainable living, they protect some of the largest and most biodiverse forests on Earth.

Uncontacted people make homes, love their families, tend the landscape, and, like any of us, want to live well and in peace. They aren’t primitive relics of a remote past, they’re our contemporaries and a vital part of humankind’s diversity. Where their rights are respected they continue to thrive, but all face catastrophe unless their land is protected.

The largest area of primary rainforest under Indigenous control is the Yanomami territory, which straddles part of the Brazilian border with Venezuela. It is home to around 32,000 Yanomami, including some groups who are uncontacted. A so-called “epidemic” of gold-miners have illegally invaded the territory to pillage its riches, bringing disease and death to the tribe.

In May, Yanomami reported that two uncontacted members of the tribe had been murdered by miners. FUNAI had closed its protection post in the area due to lack of funds, and, while prosecutors have ordered the post reopened, the authorities have not yet investigated the killings.

Bolsonaro opposed the creation of the Yanomami territory in the 1980s, calling it a “crime against the motherland”, a “scandal”. He affirmed his beliefs in 2017, saying he regarded the very creation of the reserve as “high treason”, and there are murmurs that this is one area already in the crosshairs of the new administration. 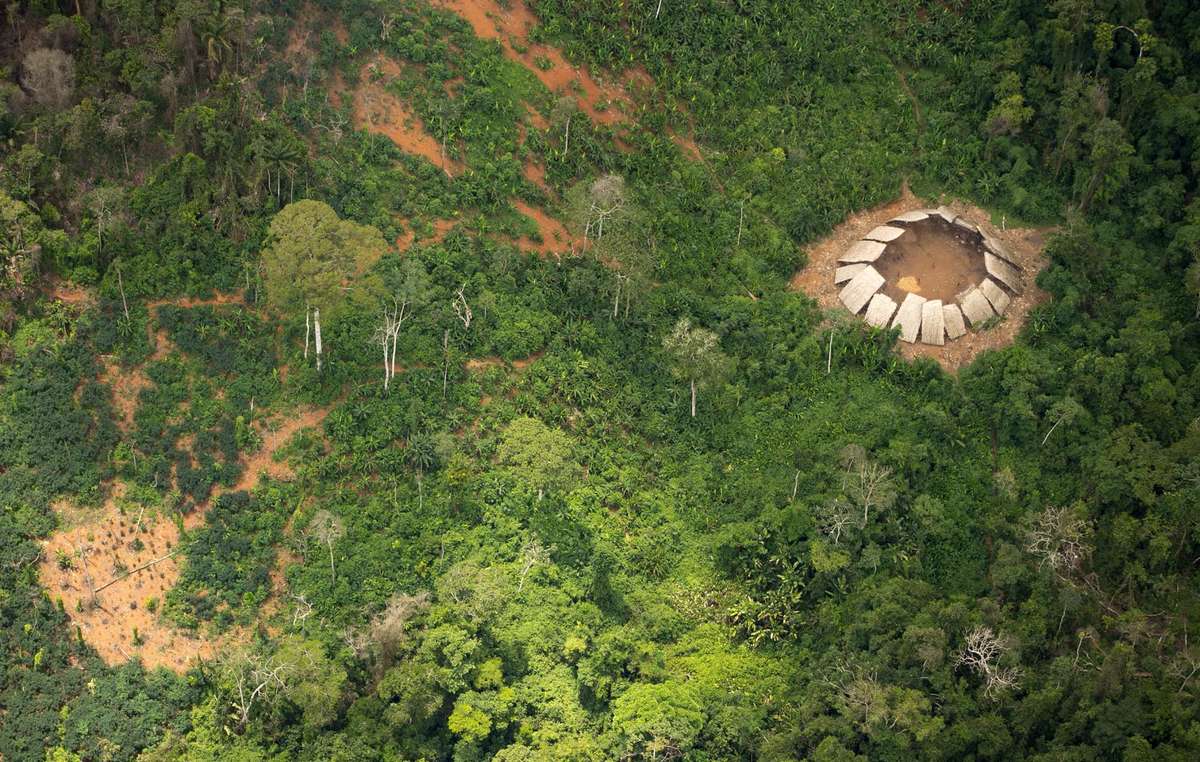 Uncontacted people's yano in the Yanomami Indigenous reserve. At least 3 groups of them are known to be uncontacted. © Guilherme Gnipper Trevisan/FUNAI/Hutukara

Bolsonaro intends to take FUNAI out of the Justice Ministry and into a newly-created Ministry for Women, Family and Human Rights. This is a move sure to weaken FUNAI’s efficacy and clout, already undermined by huge cuts to its budget. Bolsonaro has appointed as the new minister Damares Alves, an evangelical preacher and congressional aide who co-founded Atini, a controversial group that evangelizes in Indigenous communities and is subject to an investigation by public prosecutors for inciting racial hatred against Indigenous peoples.

After her appointment, she immediately questioned Brazil’s landmark policy to respect uncontacted tribes’ choice to remain uncontacted: “We are going to bring them to the forefront, not because they are uncontacted, but because they are forgotten and left to the care of NGOs. It is the state which will take care of these uncontacted people.” This is Bolsonaro-speak for forcing contact in order to open up and plunder their lands. Bolsonaro’s transition team has already announced that a task force will review the boundaries of a large Indigenous territory in the northern Amazon, Raposa-Serra do Sol which was the setting for Conan Doyle’s “The Lost World”.

“We are afraid of a new genocide against the Indigenous population and we are not going to wait for it to happen. We will resist. We will defend our territories, and our lives.” said Sônia Guajajara, a leader of Articulação dos Povos Indígenas do Brasil (APBI), which represents more than 300 Brazilian Indigenous peoples.

Tribes are mobilizing themselves to protect their territories using satellite technology and drones to monitor invasions. In Araribóia reserve in Maranhão state, a group of men from the same tribe as Sônia, the Guajajara, have embarked on a desperate struggle to protect the forests they share with several dozen uncontacted Awá. A spokesman from these Guardians of the Amazon explains:

“Our forest is being invaded by illegal loggers, right now. It’s an emergency. We patrol, we find the loggers, we destroy their equipment and we send them away. We constantly receive death threats from the logging gangs. But we continue, as our forest is our life. Our uncontacted Awá relatives also live in the forest. They cannot survive if it’s destroyed. As long as we live, we will fight for the uncontacted Indians, for all of us, and for nature.”

Solidarity with the Indigenous peoples of Brazil can change the world in their favour. Survival International was founded 50 years ago, following the publication of Norman Lewis’s article “Genocide” in the Sunday Times in 1969 which revealed some of the atrocities suffered by Brazil’s Indigenous peoples last century. We are the only organization fighting worldwide to stop the extermination of uncontacted tribes. Our 50 years of successful campaigns, including the recognition of Yanomami land rights in 1992, have demonstrated the power and influence of sensitizing and mobilizing public opinion against governments and companies that fail to uphold Indigenous rights. Now, more than ever, we must mobilize our collective power to expose and put an end to these hidden genocides. If we don’t, and these uncontacted peoples are annihilated, it will be to our eternal shame. Not only will we have lost a vibrant and rich part of human diversity, but also our own humanity.