In 2015, Tesia launched herself off El Capitan in Yosemite National Park to stop crimes in the name of conservation. Find out why …

In 2008, I found myself among the Batwa tribe in Burundi. I was told that they had been illegally evicted from their ancestral homelands in the name of “conservation” and given dry, unworkable plots of land. With no education, occupational training, or health services, communities formerly revered for their knowledge of natural medicine were reduced to begging and hawking pottery to survive. A once proud and self-sufficient people now struggle to maintain any viable way of life, and are left to slowly die. 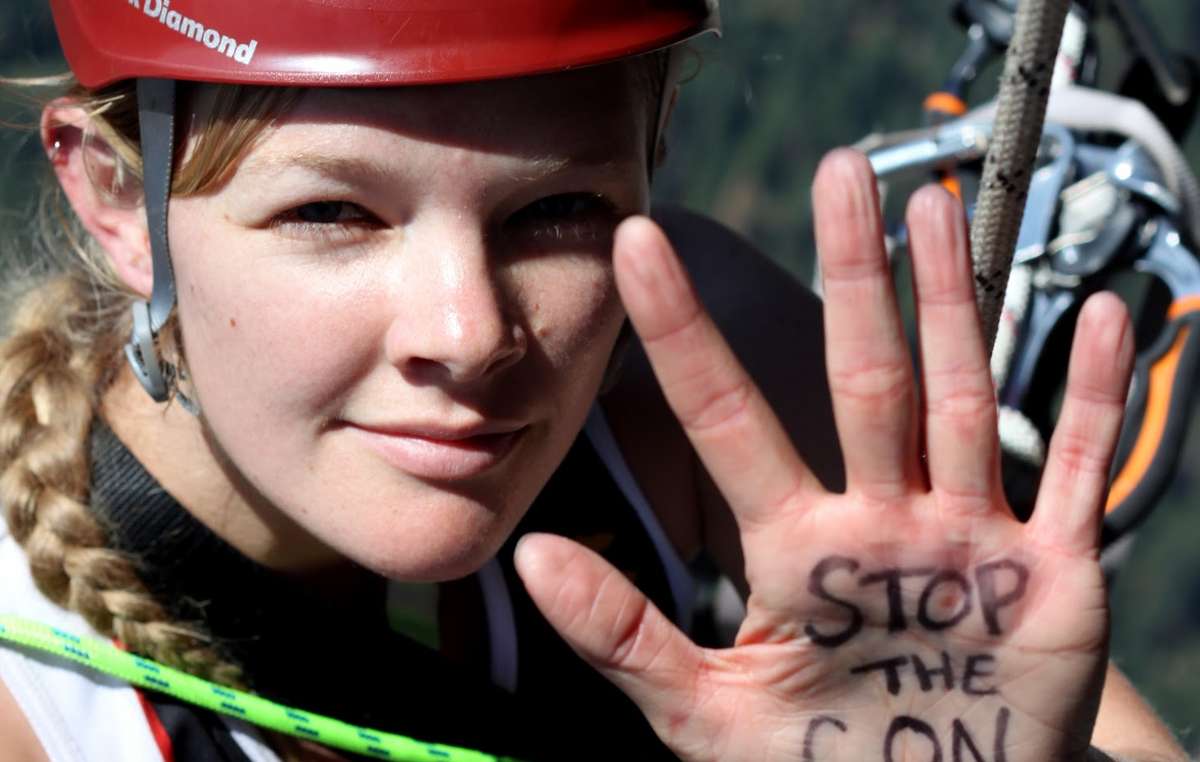 When I asked why they were forced out of their homes, they said it was because their government was pressured by international NGOs to protect the primates. Not only was the eviction a death sentence for the Batwa, but it also has not contributed to the protection of primates and other wildlife, which the Batwa had coexisted with for centuries.

My experience with the Batwa shocked me to my core – how could organizations I trusted and respected care so little about human life? How could tribal peoples – the best guardians of the natural world – be ignored and dispossessed when it came to protecting their own lands? How can I make a difference? I pursued a degree in the hopes of answering these burning questions.

After college, it seemed clear that what we needed, what tribes needed, was a movement for tribal peoples’ rights. One that was not afraid to take on the biggest actors – corporations, governments, and yes, even the conservation industry, which has forgotten that people matter too. Survival is that movement. It is the only organization that champions tribal peoples around the world, and it has been fighting this cause since 1969.

But how do we make the world pay attention? How do we convince people to care? How do we inspire change? These are the questions that led me to the edge of El Capitan in Yosemite National Park …

Survival’s Stop the Con campaign has only just launched, and it is already gaining momentum around the world. We will not stop until we all have a world where tribal peoples are respected as contemporary societies and their human rights protected.