In north west Siberia, the permanently frozen ground recently yielded a baby mammoth. But now the Arctic’s permafrost is melting, and the country’s indigenous reindeer-herding Nenets are facing a double threat to their migratory ways of life – from climate change and resource extraction. 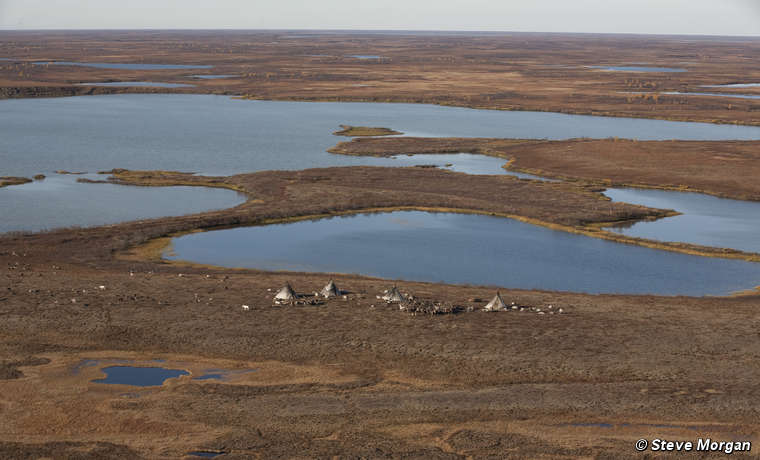 The Yamal Peninsula: a stretch of peatland that extends from northern Siberia into the Kara Sea, far above the Arctic Circle. To the east lie the shallow waters of the Gulf of Ob; to the west, the Baydaratskaya Bay, which is ice-covered for most of the year.

Yamal in the language of the indigenous Nenets means the end of the world; it is a remote, wind-blasted place of permafrost, serpentine rivers and dwarf shrubs, and has been home to the reindeer-herding Nenets people for over a thousand years. 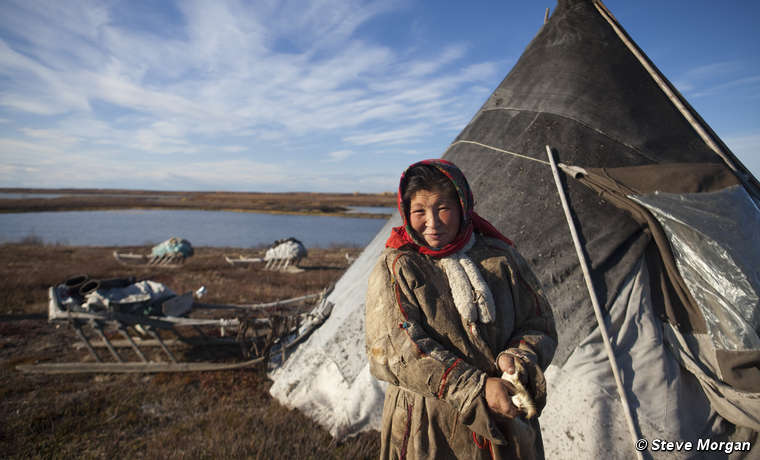 During the winter, when temperatures can plummet to – 50C, most Nenets graze their reindeer on moss and lichen pastures in the southern forests, or taigá. In the summer months, when the midnight sun turns night into day, they leave the larch and willow trees behind to migrate north.

By the time they have crossed the frozen waters of the Ob River and reached the treeless tundra on the shores of the Kara Sea, they might have travelled up to 1,000 kms. 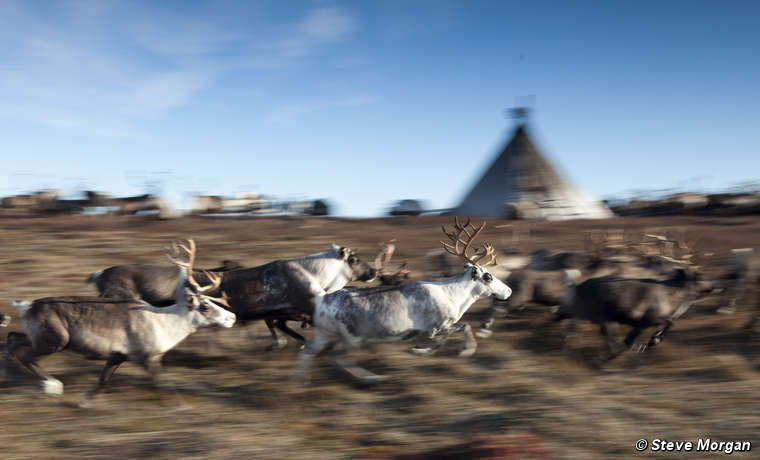 Today, however, the Nenets’ migration routes are now affected by the infrastructure associated with resource extraction; roads are difficult for the reindeer to cross and they say pollution threatens the quality of the pastures.

Preparations for what is known as the Yamal Megaproject (a long term project to exploit the peninsula’s gas, developed by the Russian corporation Gazprom) were initiated in the 1990s. In May 2012, the first of its gas supplies from the vast Bovanenkovo field will be produced. Every year, billions of cubic meters will be piped to western Europe.

What happens to the land is very important to us, Nenets herder Sergei Hudi told Survival International recently. We are afraid that with all these new industries, we will not be able to migrate anymore. And if we cannot migrate anymore, our people may just disappear altogether. 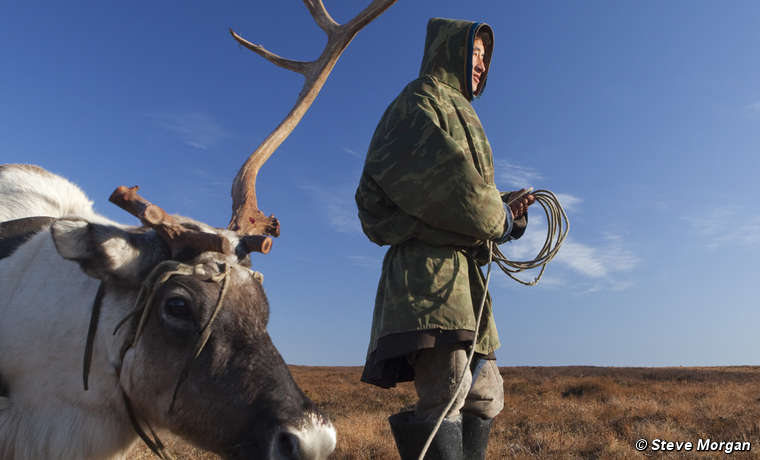 The Nenets have had to face the threat of extinction before, having endured the challenges of colonial intrusions, civil war, revolution and forced collectivisation. Today, their herding way of life is again seriously threatened.

Under Stalin, Nenets communities were split into groups known as brigades, and forced to live on collective farms and villages called kolkhozy. Each brigade was obliged to pay reindeer meat as taxes.

Children were separated from their families and sent to government-run boarding schools, where they were forbidden to speak their own language.

With the collapse of communism, young adults began to leave their villages for cities, a trend which continues today. In urban environments they find it almost impossible to adapt to life away from the cyclical rhythms of the tundra, and suffer from high levels of alcoholism, unemployment and mental health problems.

For the Nenets who are still nomadic, their lands and reindeer herds remain vitally important to their collective identity. Land is everything to us. Everything. said Sergei Hudi. 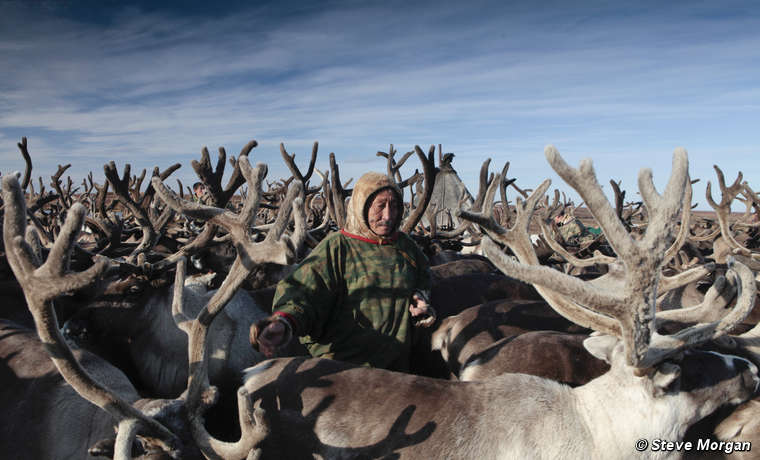 The reindeer is our home, our food, our warmth and our transportation, Sergei Hudi told Survival.

Nenets’ coats are made from reindeer hide, and threaded together with reindeer sinew.

Lassoos are crafted from reindeer tendons; tools and sledge parts from bone. The covers of the conical-shaped tents – called choom or mya, – are also made from reindeer hide and mounted on heavy poles.

Every Nenets has a sacred reindeer, which must not be harnessed or slaughtered until it is no longer able to walk. 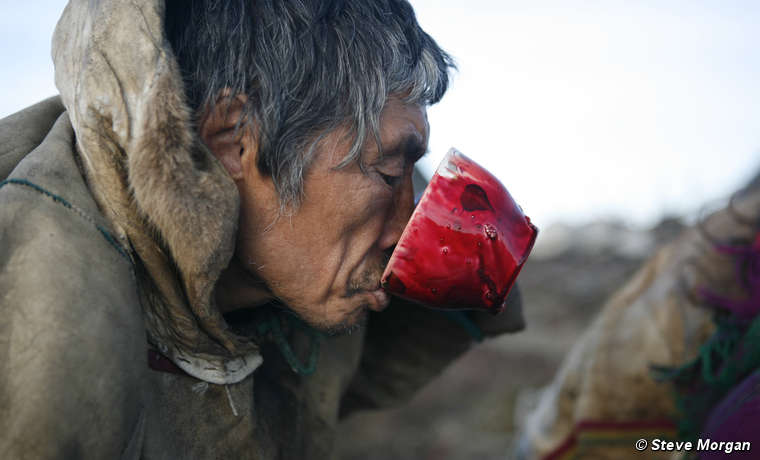 Reindeer meat is also the most important part of the Nenets’ diet. It is eaten raw, frozen or boiled, together with the blood of a freshly slaughtered reindeer, which is rich in vitamins.

The Nenets also eat fish such as white salmon and muksun, a silvery-coloured whitefish and gather mountain cranberry during the summer months. 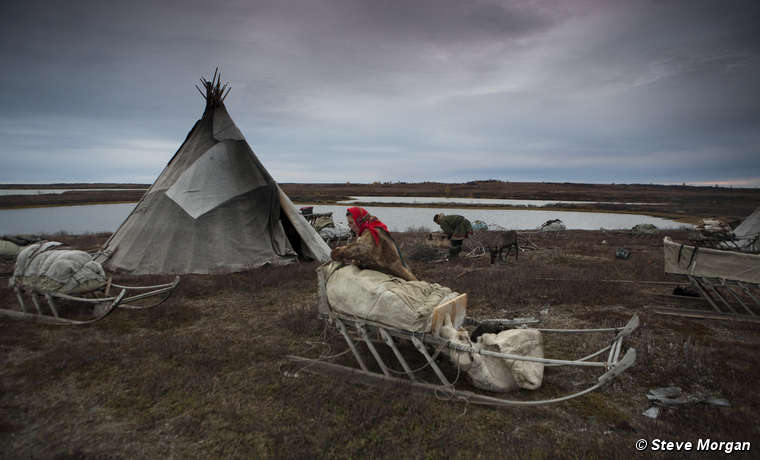 Under a leaden grey sky, a Nenets family is on the move: women pack the sledges used to carry their belongings.

At night, the sledges are arranged in half-circles around the choom. 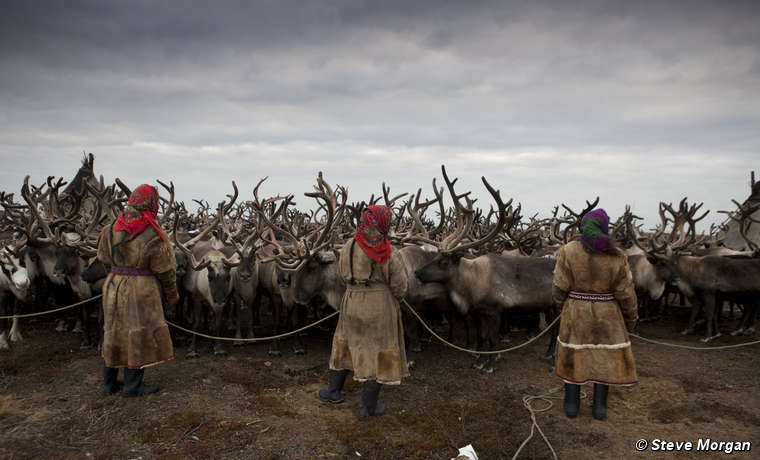 As they migrate, they encounter the many pipelines, drilling towers and tarmac roads that are transforming the tundra. A 325-mile Obskaya-Bovanenkovo railway line – the world’s most northerly – was opened in early 2011.

We ask that companies take our perspective into consideration when they are prospecting, said Sergei Hudi. And it is important that gas pipelines do not interfere with our access to reindeer pastures.

Sophie Grig, senior campaigner at Survival International, says, Gazprom’s website calls the Yamal Peninsula a strategic oil and gas bearing region of Russia. This sums up how they view the Nenets’ ancestral homelands. 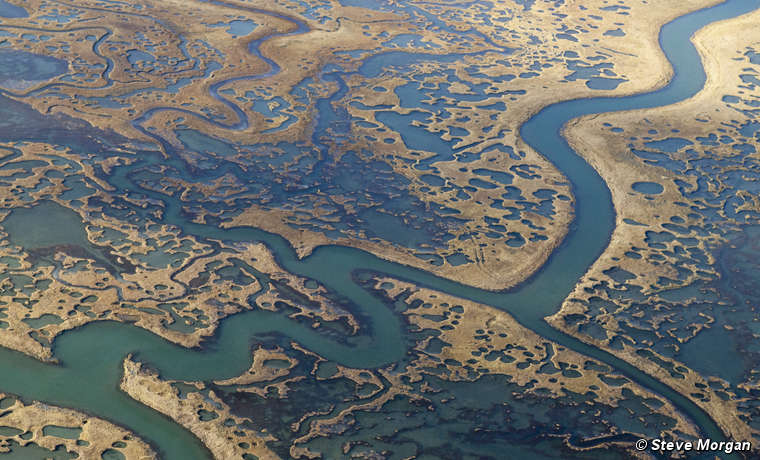 The Arctic is changing fast, however. As temperatures rise and the tundra’s permafrost thaws, it releases carbon dioxide and methane – greenhouse gases – into the atmosphere.

With the ice melting earlier in the spring and not freezing until much later in the autumn, the herders are being forced to change centuries-old migration patterns, as the reindeer find it difficult to walk over a snow-less tundra. The rising temperatures also affect the tundra’s vegetation, the only source of food for the reindeer.

Scientists fear that if billions of tonnes of gases are released from the permafrost, it could prove to be a dangerous tipping point for the world’s climate system. 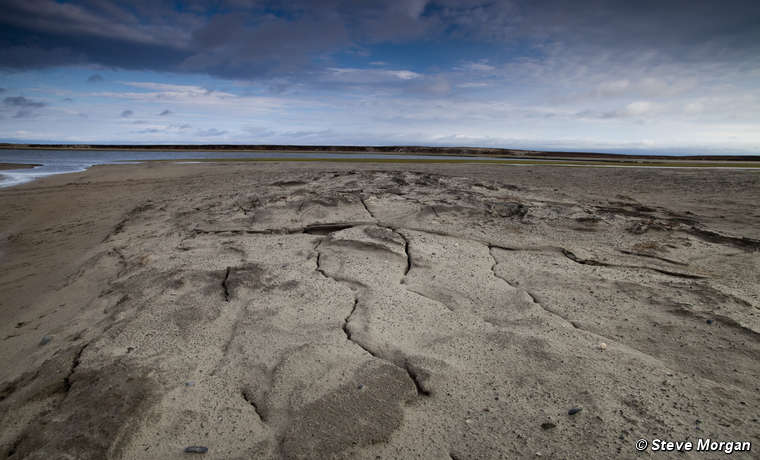 Melting permafrost has caused some of the tundra’s freshwater lakes to drain, which will lead to a decline in the the Nenets’ supply of fish.

As the sea ice around the peninsula also melts, so the ocean opens to maritime traffic. Arctic sea lanes act as potential gateways for trade between Asia, Europe and North America. In 2011, the tanker Vladimir Tikhonov became the largest vessel ever to navigate the Northeast Passage. 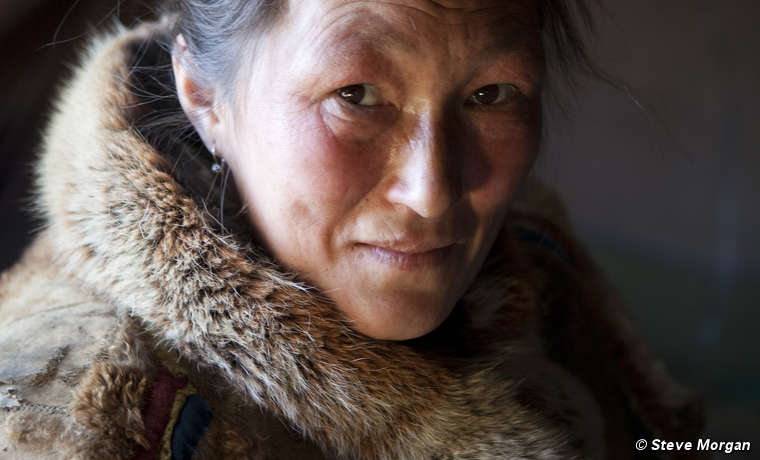 The Nenets have endured the challenges of colonial intrusions, civil war, revolution and forced collectivisation. Today, their herding way of life is again seriously threatened.

To survive as a people, the Nenets need unobstructed access to their pastures and an environment untouched by industrial waste.

The Nenets people have lived on and stewarded the tundra’s fragile ecology for hundreds of years says Sophie Grig of Survival International. No developments should take place on their land without their consent, and they need to to receive fair compensation for any damages caused.

With countries and corporations clamouring for a piece of the Arctic, scientists scrambling to study the changing environment and Gazprom’s announcement that additional gas fields on the peninsula will be ready for production in 2019, their concerns grow ever more urgent.

The reindeer is our life and the future, said one Nenets woman.