At first glance, it is not easy to find an obvious connection between uncontacted Indians in the rainforest of north-western Brazil, cheeses such as British Cheddar and French Maroilles, red lipstick and cinema popcorn.

What links them all, however, is a tree with pink flowers and heart-shaped leaves called the ‘achiote’ tree, which is indigenous to South America. The name is derived from the Nahuatl word ‘achiotl’; it is also known as ‘aploppas’, or ‘urucu’ in the Tupi language. 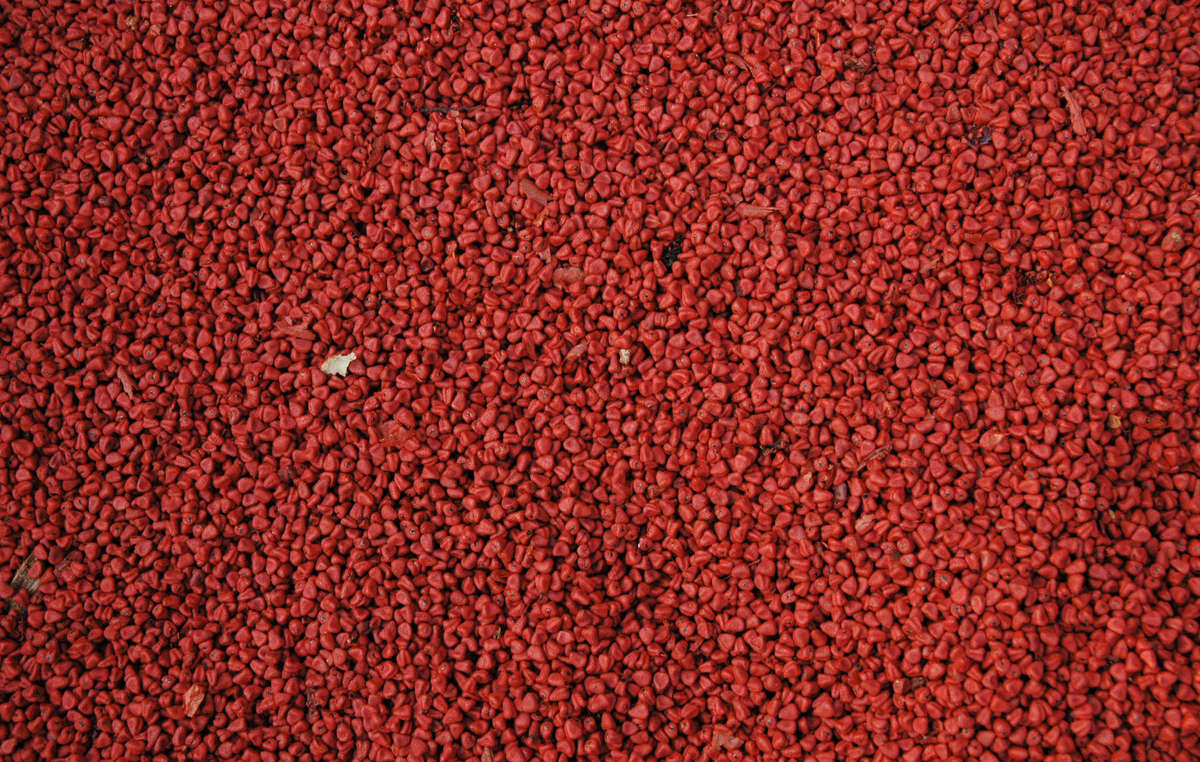 The rose-coloured seeds of the tree, contained within spiny capsules, produce a pigment commonly known as annatto, for which Indian tribes have long had many uses. The Aztecs are thought to have added it to chocolate drunk by their priests; today, the Tsáchila of Ecuador use it to dye their hair red and the Zo’é of Brazil to paint their bodies. Many tribes employ it as a fabric dye and food spice.

South American Indians also apply annatto medicinally: as an aphrodisiac and a digestive, a sunscreen and inspect repellent. The curanderos, or herbal healers of the Peruvian Amazon, squeeze the juice from the fresh leaves to cure eye infections.

It is only in recent years that annatto has arguably become the world’s most important natural food colourant, next to caramel. When the seeds are crushed and soaked in water, they produce an orange-yellow or red paste, which creates the yellow hue of Cheddar and Maroilles, the orange-tint of salad oils and popcorn, and the vibrant flush of red lipsticks. It also serves as a substitute for saffron, and to treat high cholesterol, thinning hair and hypertension.

Annatto is one of the many gifts that tribal people have given mankind, and is testament to their encyclopedic knowledge of their ecosystems.