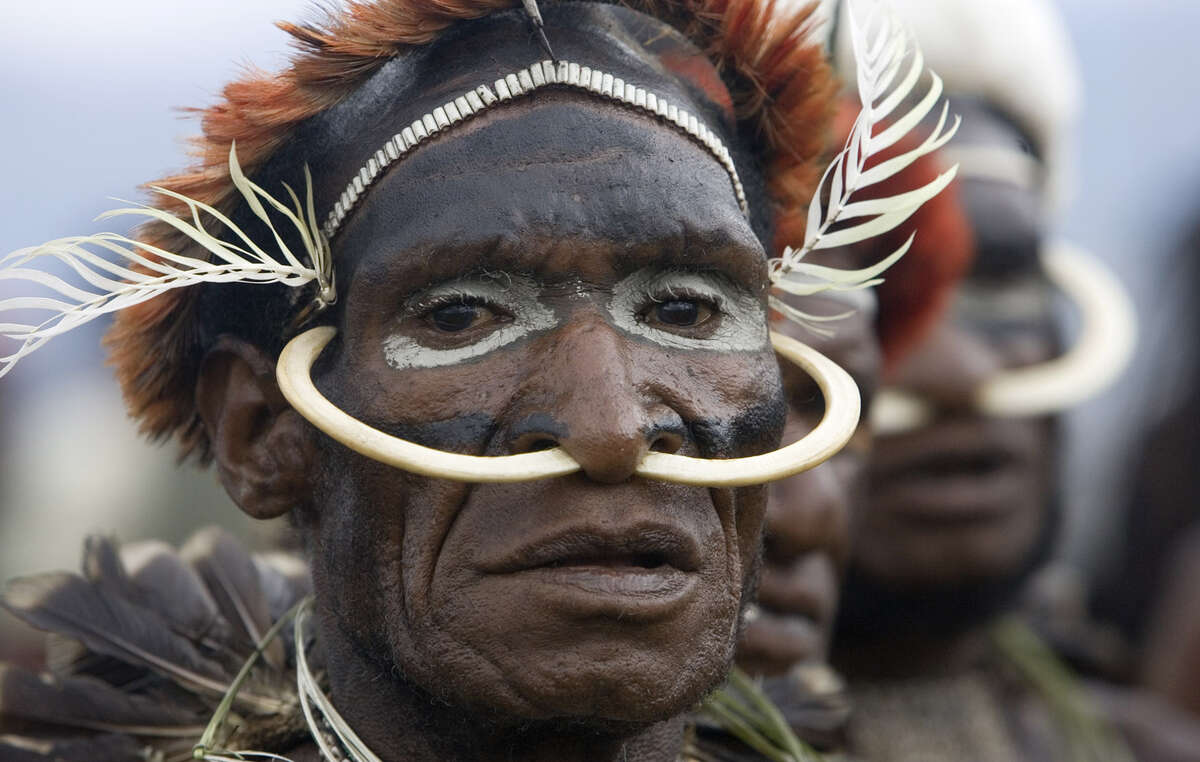 How many uncontacted tribes are there in West Papua?

In recent years more than 40 uncontacted tribes have been identified living in West Papua. Although many of these tribes have since had some contact, there are others who choose to remain uncontacted.

However, it is extremely difficult to be categorical, for the reasons outlined below.

Where do they live?

They live in the remote rainforests of West Papua.

Why is the information on their number and location imprecise?

It is imperative that we are imprecise as to the location and exact number of uncontacted tribes in order to help protect them from outside threats.

Besides this, it is almost impossible to obtain accurate information on uncontacted tribes in West Papua, because human rights organisations and journalists are banned from entering West Papua, so research possibilities are severely limited. 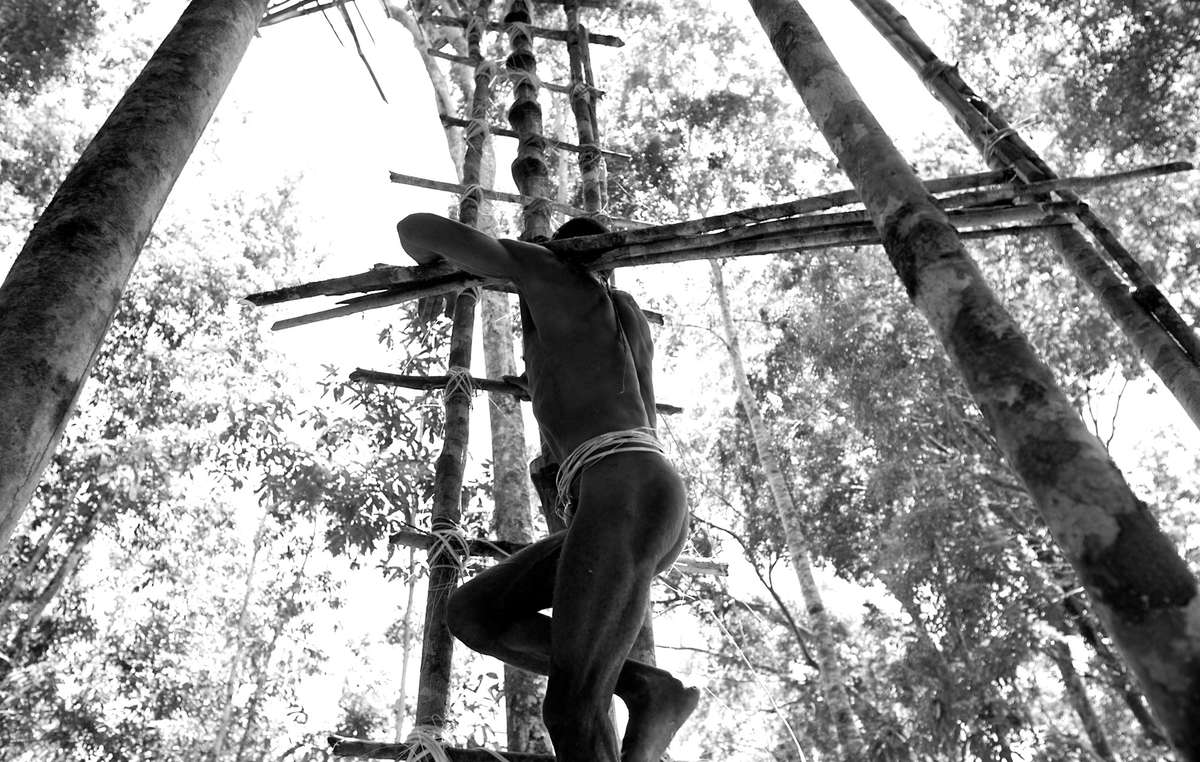 Kombai man carrying wood for repairs to the roof of his tree top home.
© Grenville Charles/Survival

Furthermore, the remoteness of West Papua’s treacherous terrain prevents easy access. There are few roads in the remote regions of West Papua; the vast highlands were not even mapped until the 1930s. Topographical maps still have white areas of ‘incomplete relief data’ over rain-forested areas.

What are the outside threats to West Papua’s uncontacted tribes?

Uncontacted tribes are threatened by diseases from irresponsible tourism, military repression, invasion by miners, plantation owners, loggers and others seeking the natural resources of their lands.

West Papua has a notorious human rights record; deep-seated racism is endemic. Tribal peoples are, in general, believed to be dirty, ‘backward’ and ‘stone-age’; uncontacted peoples even more so.

Since the Indonesian occupation that began in 1963, Papuans, especially in remote areas, have been routinely killed (approximately 100,000 have been killed), raped and tortured by racist soldiers.

As recently as October 2010 the Indonesian government admitted that the men seen torturing two Papuans in a video released on the internet were soldiers. 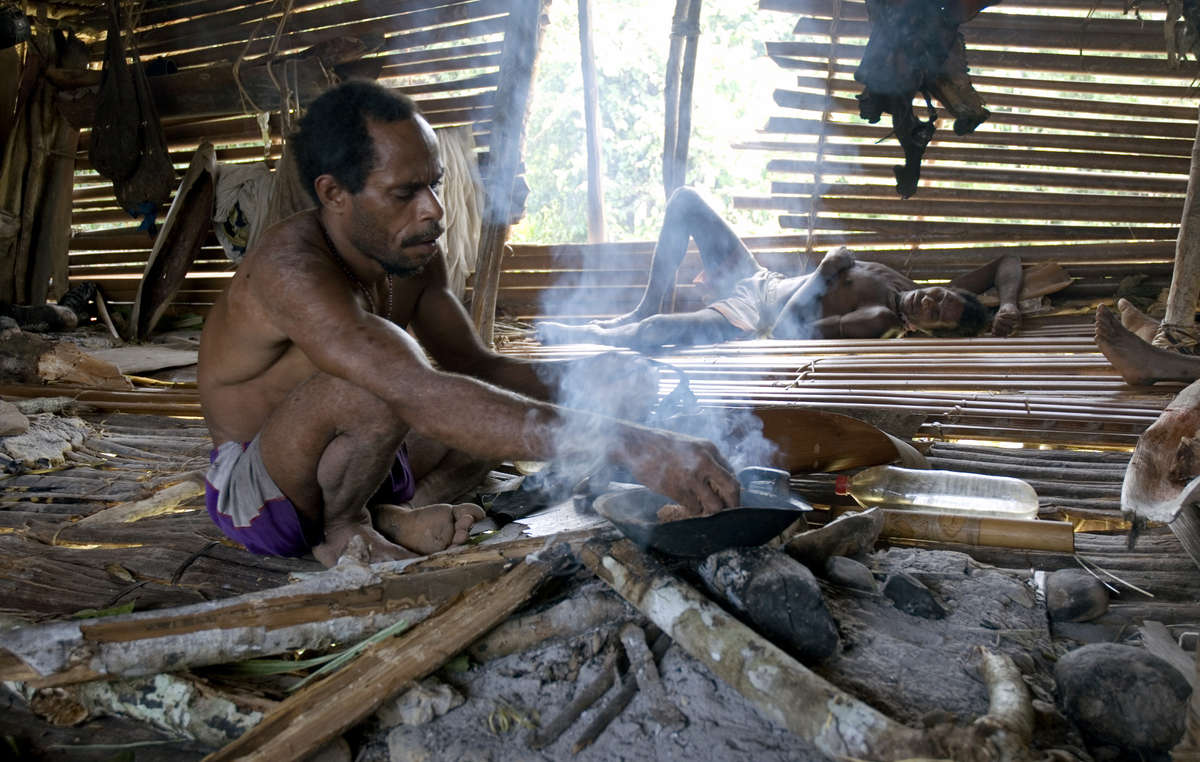 But isn’t there an organisation that protects them, similar to Brazil’s FUNAI, which can provide evidence and information such as aerial photographs?

No. There is no government agency charged with protecting, or even working with, either uncontacted or contacted tribal peoples.

Why is it necessary to publicise this information?

Their survival depends on publicising their existence.

The more people worldwide are aware of, and understand about, uncontacted tribes in West Papua (and elsewhere), the better chance they will have of being protected from the many and various external forces that threaten them.

For example, a road is planned that will cut through an area where uncontacted members of one tribe live. The more people that know about the risk the road will pose, the greater the chance that it can be stopped.

Global public opinion is powerful: governments and companies are much more likely to listen when they know that thousands of people support tribal peoples’ rights. 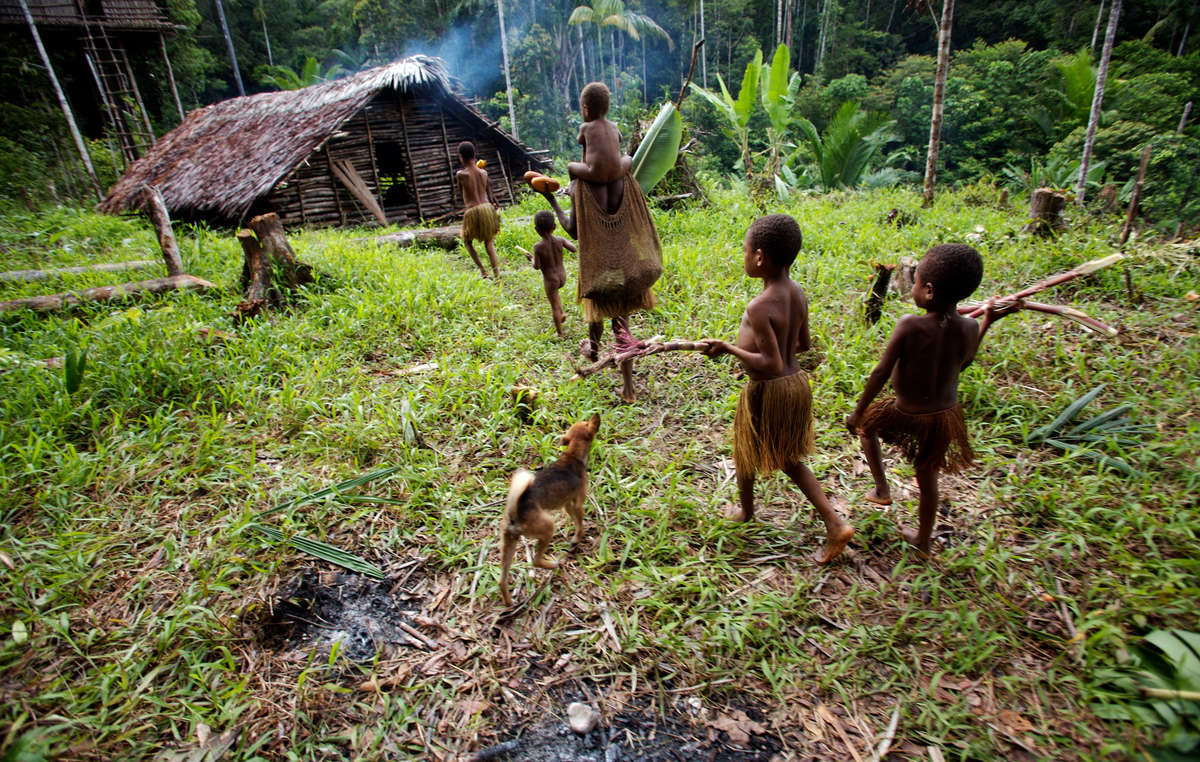 Kombai women and children return home with firewood and fruits gathered in the forest.
© Grenville Charles/Survival

Do they want to remain uncontacted?

Uncontacted tribes know what’s best for themselves and remain isolated out of choice. Given the human rights record of West Papua, this is probably a very wise decision, and critical for their future that it is respected.

Why is their survival essential for humanity?

Uncontacted tribal peoples are not backward, primitive or ‘stone age’, which is the prevailing thinking of the Indonesian government that rules West Papua.

Amongst other invaluable skills and ways of life, they have unique knowledge of their environment, particularly plants and animals.

Their diversity shows us how alternative ways of living can be successful. 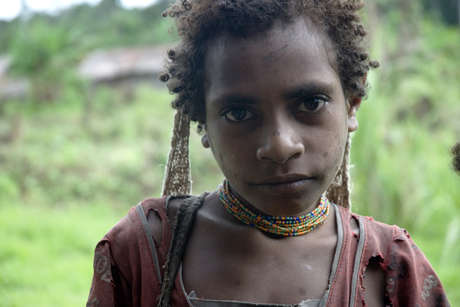 The abuse of the Papuan tribes b... 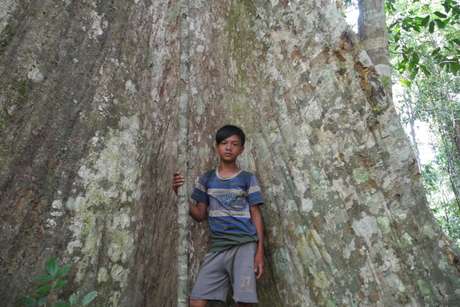