Why do they hide?

Many tribal people who are today ‘uncontacted’ are in fact the survivors (or survivors’ descendants) of past atrocities. These acts – massacres, disease epidemics, terrifying violence – are seared into their collective memory, and contact with the outside world is now to be avoided at all costs.

Many of the isolated Indians of western Amazonia, for example, are the descendants of the few survivors of the rubber boom which swept through the region at the end of the 19th Century, wiping out 90% of the Indian population in a horrific wave of enslavement and appalling brutality. 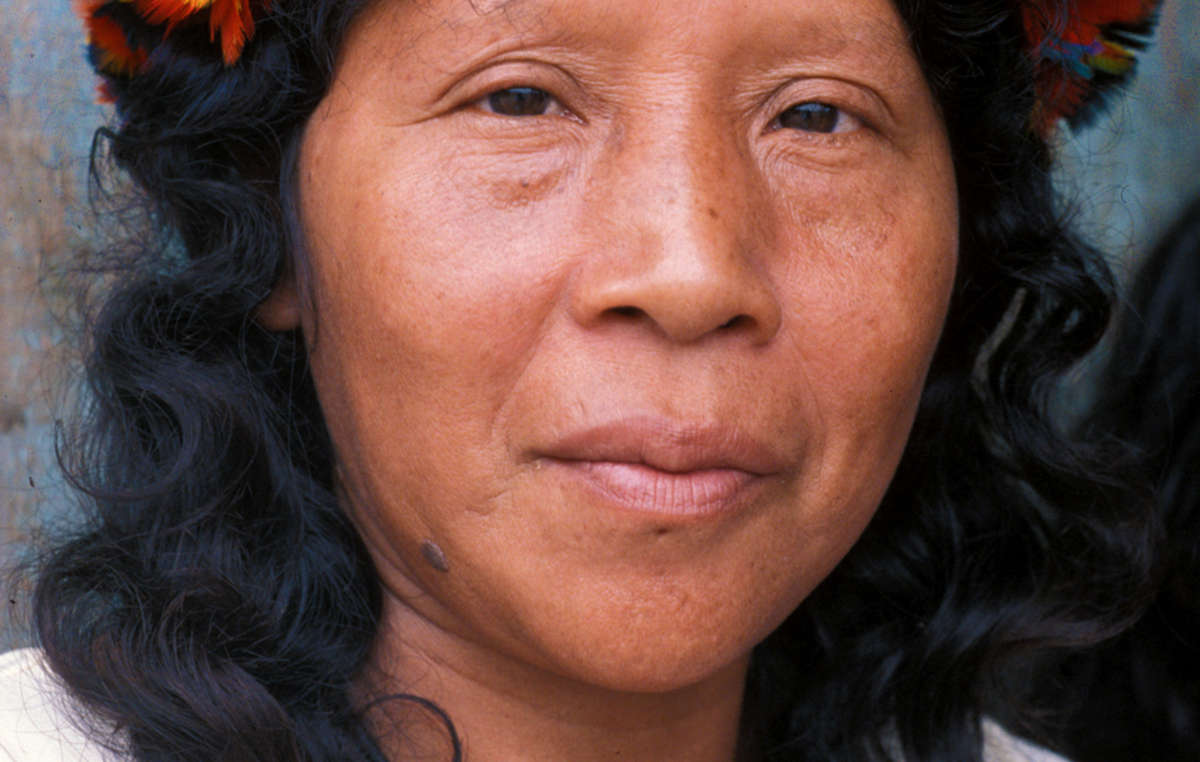 A Cinta Larga woman wearing a decorative headdress made from macaw feathers, Roosevelt area of Rondônia, Brazil. The Cinta Larga suffered many vicious attacks at the hands of the rubber tappers between the 1920s and the 1960s, including the widely publicised ‘Massacre at Parallel 11’. Their land has been invaded by diamond miners and loggers, triggering a series of deaths and conflict. © Fiona Watson/Survival

Others are survivors of more recent killings. The Amazonian people known as the ‘Cinta Larga’ [‘wide belts’] suffered many vicious and gruesome attacks at the hands of Brazilian rubber tappers between the 1920s and the 1960s. One famous incident, the 1963 ‘massacre of the 11th parallel’, took place in the headwaters of the Aripuanã river where the firm of Arruda, Junqueira & Co was collecting rubber.

The head of the company, Antonio Mascarenhas Junqueira, planned the massacre, deeming the Cinta Larga Indians to be in the way of his commercial activities. ‘These Indians are parasites, they are shameful. It’s time to finish them off, it’s time to eliminate these pests. Let’s liquidate these vagabonds.’

He hired a small plane, from which sticks of dynamite were hurled into a Cinta Larga village below. Later, some of the killers returned on foot to finish off the survivors – finding a woman breastfeeding her child, they shot the baby’s head off, and then hung her upside down and sliced her in half. The judge at the trial of one of the accused said, ‘We have never listened to a case where there was so much violence, so much ignominy, egoism and savagery and so little appreciation of human life.’

In 1975 one of the perpetrators, José Duarte de Prado, was sentenced to 10 years imprisonment, but was pardoned later that year. He declared during the trial, ‘It’s good to kill Indians – they are lazy and treacherous.’