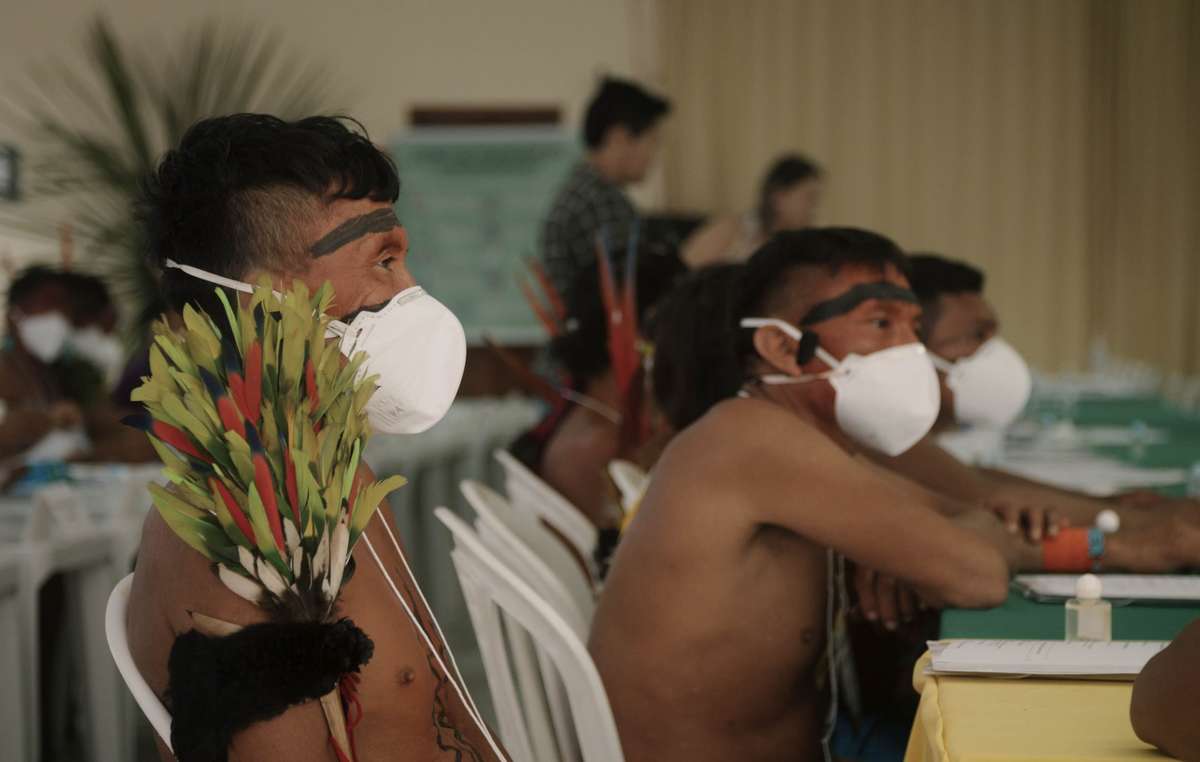 Covid-19 is now rampant among the Yanomami, adding to problems like malaria introduced by the thousands of goldminers operating illegally inside their territory. © Pieter Van Eecke/Clin d’Oeil Films

Brazil’s Indigenous people are being decimated by a crippling second wave of Covid-19, at the same time as President Bolsonaro ramps up his campaign of persecution against them.

Indigenous organization APIB has confirmed that 962 Indigenous people have died of the virus in Brazil, while 48,405 people have tested positive. Ten children died in January in just two Yanomami communities.

According to figures from COIAB, the Coordinating Body for Indigenous Organizations in the Brazilian Amazon, the mortality rate among Indigenous people in the Amazon region is a staggering 58% higher than that of the general population, while the infection rate is 68% higher.

The Amazonian city of Manaus – home to around 30,000 Indigenous people – has been seriously hit, and urgent assistance for areas further away from hospitals remains particularly precarious. Once the virus reaches Indigenous communities in the forest, particularly recently contacted and uncontacted tribes’ territories, the results can be devastating, and many uncontacted tribes’ territories have already been invaded by loggers, miners and settlers.

Manaus is the only city in Amazonas state with an intensive care ward – and oxygen is already in short supply.

President Jair Bolsonaro’s handling of the pandemic in Brazil has drawn national and international condemnation, and his government has been accused of carrying out an “institutional strategy for the spread of coronavirus. ”

Bolsonaro’s list of anti-Indigenous policies is well documented and amounts to a genocide against Brazil’s first peoples. Having recently won control of both houses of Brazil’s Congress, Bolsonaro has laid out his priorities by attempting to push through a controversial mining bill, which would further the elimination of Indigenous rights in Brazil.

While vaccination programmes have started to roll out across the country, as of December 2020, Brazil’s Indigenous Affairs Agency FUNAI had only spent 52% of its budget to tackle the pandemic, according to APIB.

Meanwhile, Indigenous communities continue to take matters into their own hands to protect themselves from Covid-19. Antonio Guajajara, the leader of Maçaranduba community in Maranhão state, said: “It’s no coincidence that many Indigenous lands are being invaded, and this means the disease is spreading more and more. The last thing that should happen at a time like this is for the Brazilian government to give more support to these large-scale invasions… but they are, and this is making things worse… We’ve been taking measures around our territory… Thanks to our work to protect our village and our land, the disease has not entered our territory.”