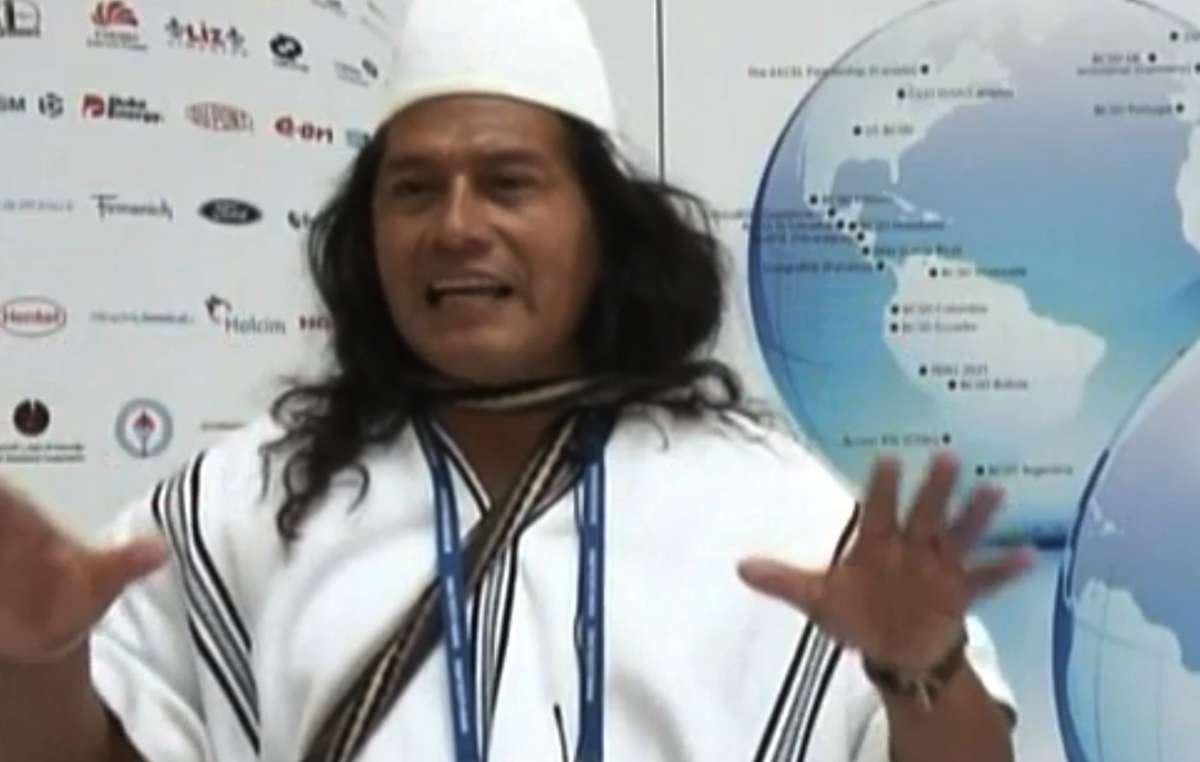 One of Colombia’s most important Indian leaders has narrowly escaped an attempt on his life. Rogelio Mejía, the leader of the Arhuaco tribe of northern Colombia, was traveling in a car which was stopped at a roadblock by a group of armed men and riddled with bullets.

Mr Mejía was hit in the head when a bullet passed through his hat, but miraculously was only lightly wounded. He escaped the gunmen after fleeing from the car.

A Survival International researcher who was traveling with Mr Mejía escaped injury, but was interrogated at gunpoint by the assailants for ten minutes as to Mr Mejía’s whereabouts. The gunmen fled when they heard a police car approaching. 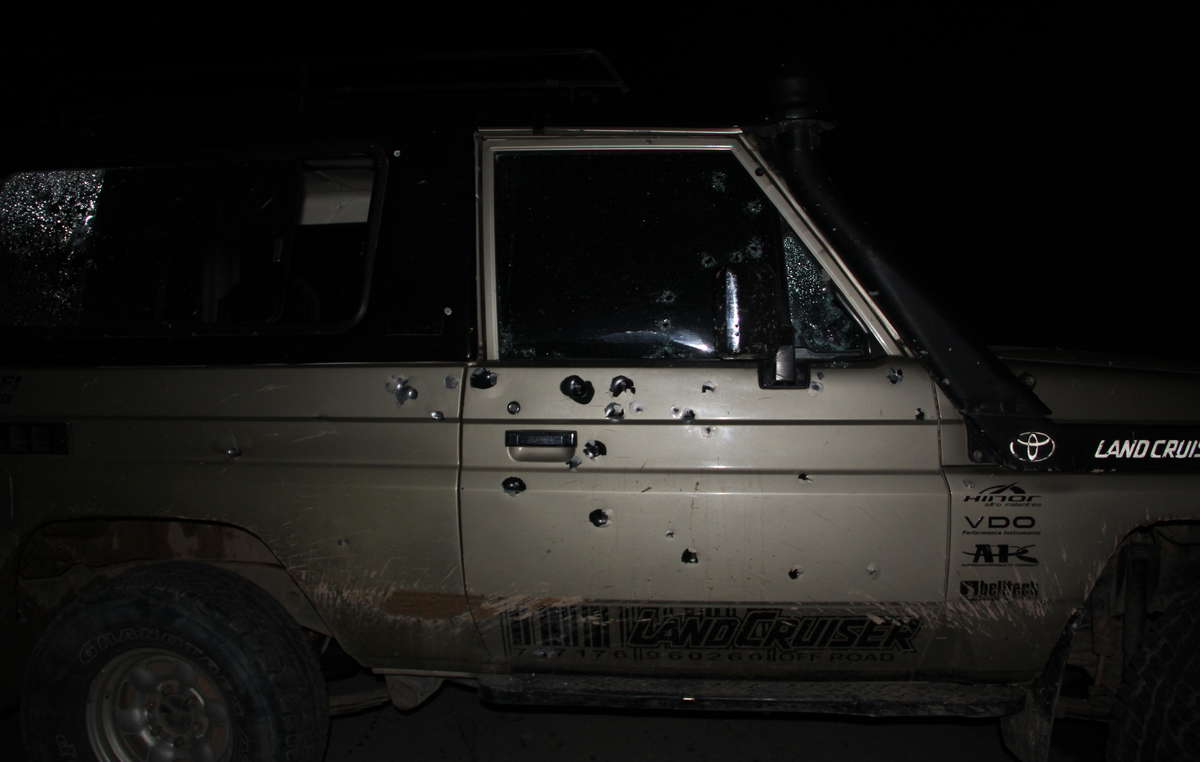 The incident happened just outside the frontier town of Pueblo Bello, in the foothills of the Sierra Nevada de Santa Marta. Pueblo Bello has been a source of violence within the Arhuaco territory for decades. In June a 13-year old Arhuaco girl was raped, tortured and killed there; like virtually all crimes committed against Indians in Colombia, no-one has been punished.

The Arhuaco have been at the forefront of the Indian movement in South America. Many of their leaders have been assassinated, and countless others killed in the quasi-civil war that has raged in their territory between drug gangs, left-wing guerrillas and the army.

Several of their leaders, including Leonor Zalabata of the Arhuaco organization Confederación Indígena Tayrona (CIT), have received death threats. 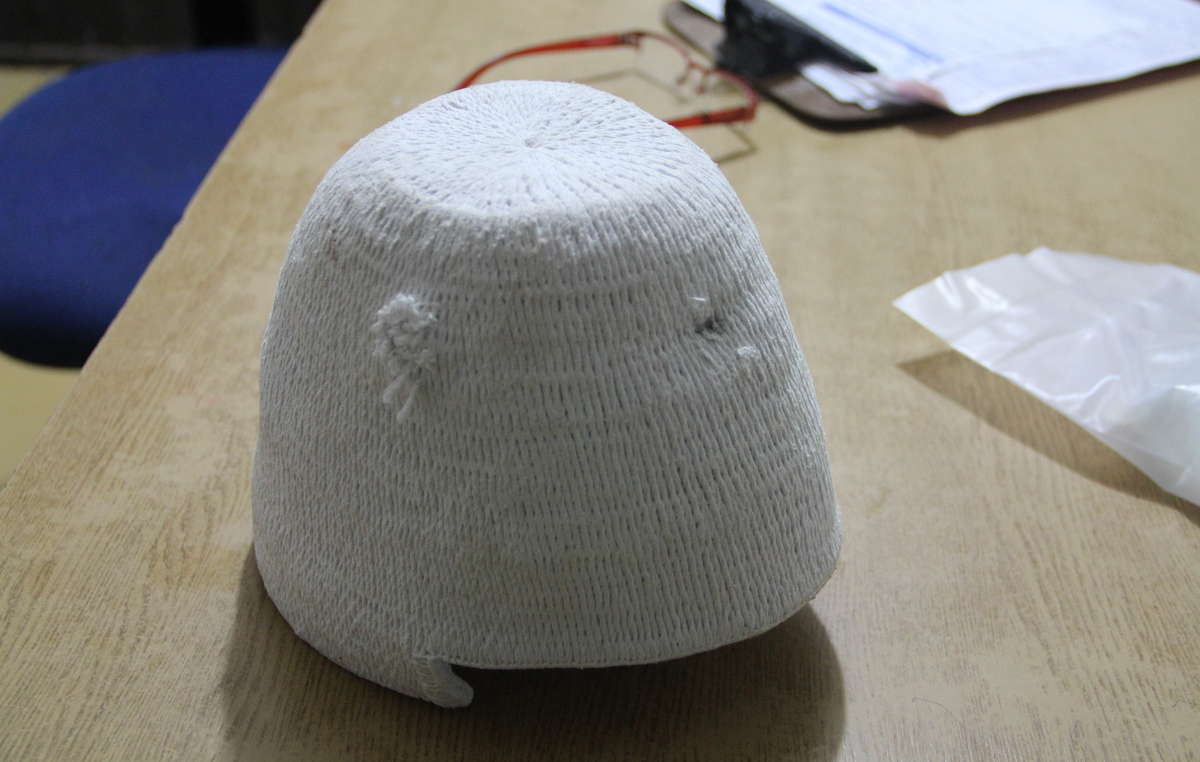 A bullet passed through Mr Mejía’s tutusoma, the traditional Arhuaco hat, but only grazed his skull. © Survival

In 1990 their three most important leaders, Luis Napoleón Torres, Hugues Chaparro and Angel María Torres, were tortured and killed – no-one has ever been punished for the crime.

Stephen Corry, Survival’s Director, said today, ‘The Indians of the Sierra Nevada have maintained an ‘island’ of laws and peace in a region which has been submerged in violence for generations. If the Colombian government has any authority at all, it must protect them and bring the would-be assassins to justice. Nowhere is it more clearly shown that the notion that tribal peoples are more violent than industrialized ones is complete garbage.’

Read a statement from CIT (pdf, in Spanish)

The Survival researcher, whose identity is confidential, is available for interview.
Contact Survival’s press office for more information.

Mr Mejía’s official title is the ‘Cabildo Gobernador’ (‘Council Governor’) of the
Arhuaco – their principal political leader. Other figures of authority amongst the
Arhuaco are the ‘mamos’, or religious leaders.

The Arhuaco are one of four related tribes who live on the Sierra Nevada de
Santa Marta in northern Colombia. The others are the Kogi, the Wiwa and the
Kankuamo. The Indians refer to themselves as the ‘Elder Brothers’; everyone else is known as the ‘Younger Brothers’.

In 1982 the Arhuacos expelled the Capuchin missionaries who had been present on their land for many years.