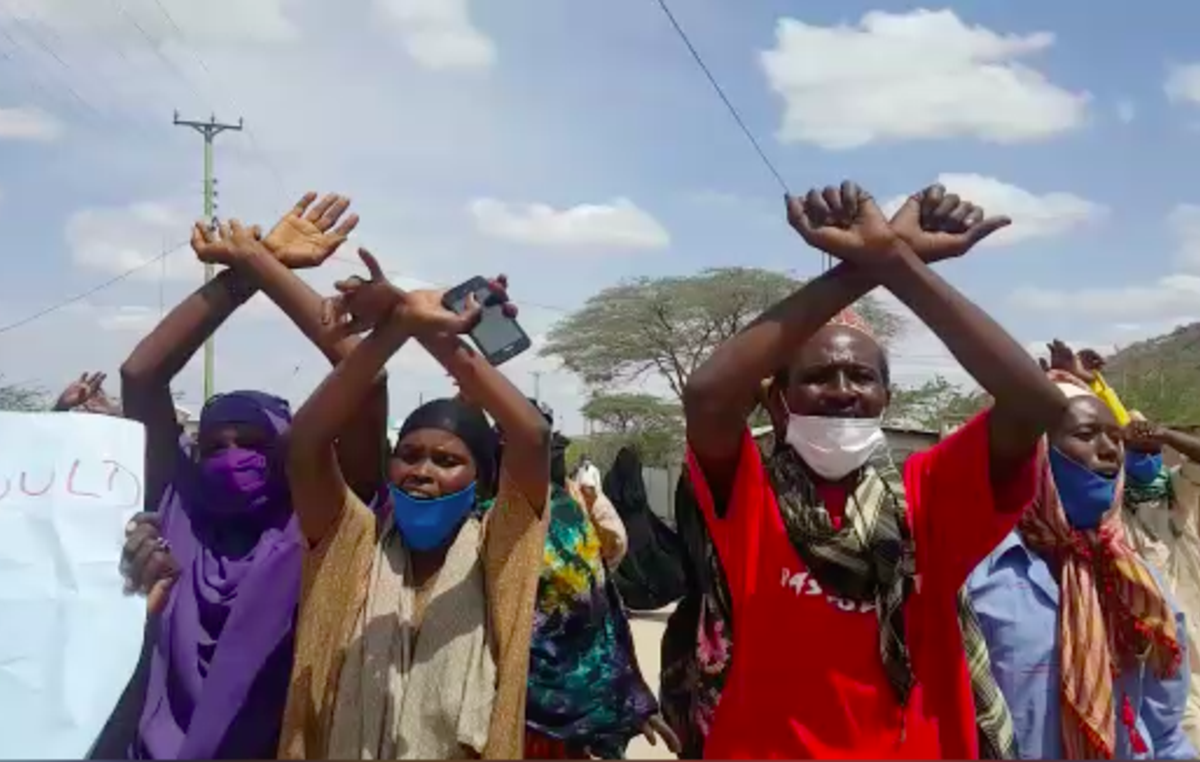 Wildlife “conservancies” in Kenya whose visitors include Britain’s Royals are implicated in the eviction, torture and murder of local Indigenous people, according to a devastating new report by the US-based Oakland Institute. Survival has been pointing to horrific abuse of this kind in conservation projects in Kenya for 10 years.

The new report investigates the notorious Northern Rangelands Trust (NRT), an organization of 39 “community conservancies” that now cover 42,000 sq km – nearly 8% of Kenya. These were formerly pastoralist communities’ grazing areas, but they have been turned into “conservation areas,” controlled by NRT, from which Indigenous people are violently excluded, and which then draw in massive funding from carbon trading, donor country grants, and from luxury safari camps and lodges.

The NRT was the initiative of Ian Craig, whose family owned a 62,000 acre cattle ranch, which was transformed into the Lewa Wildlife Conservancy. Lewa was where Prince William and Kate Middleton became engaged, and Craig remains the NRT’s “Chief of Conservation and Development.” 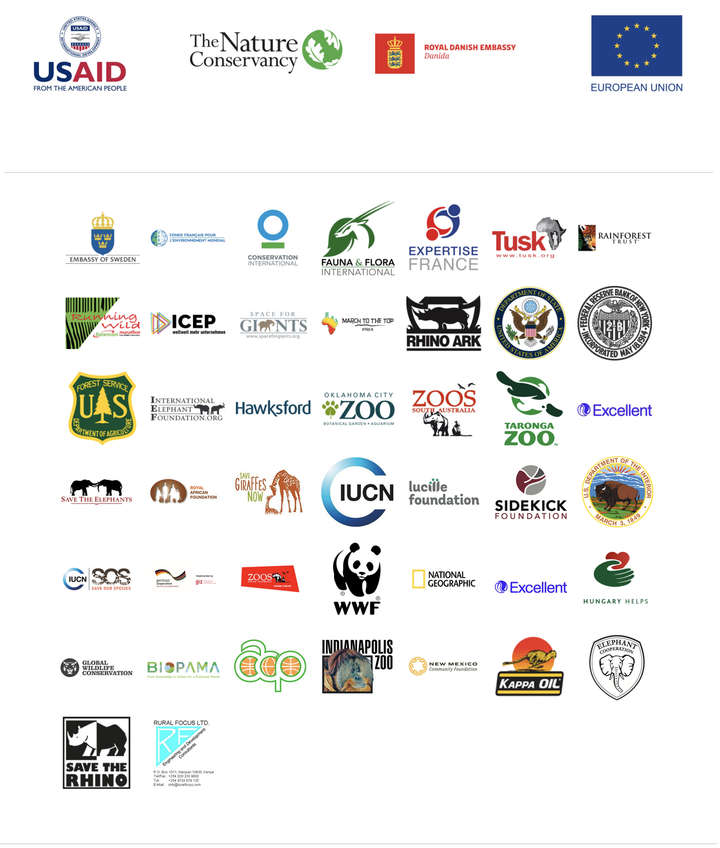 The NRT’s partners – a parade of the biggest promoters and funders of the colonial and racist “fortress conservation” model.
© NRT website

In the report, “Stealth Game: ‘community’ conservancies devastate land and lives in northern Kenya,” investigators detail shocking revelations about the operation of these so-called “conservancies,” including:

- the dispossession of Indigenous and other local people of their land;
- multiple allegations of abuse and torture including extrajudicial killings and disappearances;
- the use of militarized security forces, some trained by a company run by Ian Craig’s son;
- the massive takeover of land by a few wealthy individuals, driving pastoralists off their lands;
- intimidation, including arrests and interrogation of local community members and leaders.

The areas now under “conservancies” are the ancestral grazing lands of pastoralist peoples such as the Samburu and Maasai, who have been managing these lands since time immemorial.

Many of the conservancies, including the private ones such as Ol Jogi (owned by the billionaire Wildenstein family) now host luxury safari camps. Ol Jogi reportedly costs $210,000 to rent for a week; another, Sarara lodge, is described by one of its tour operators as “a mission of salvation, not only for the wildlife and grasslands, but also for the Samburu people.” 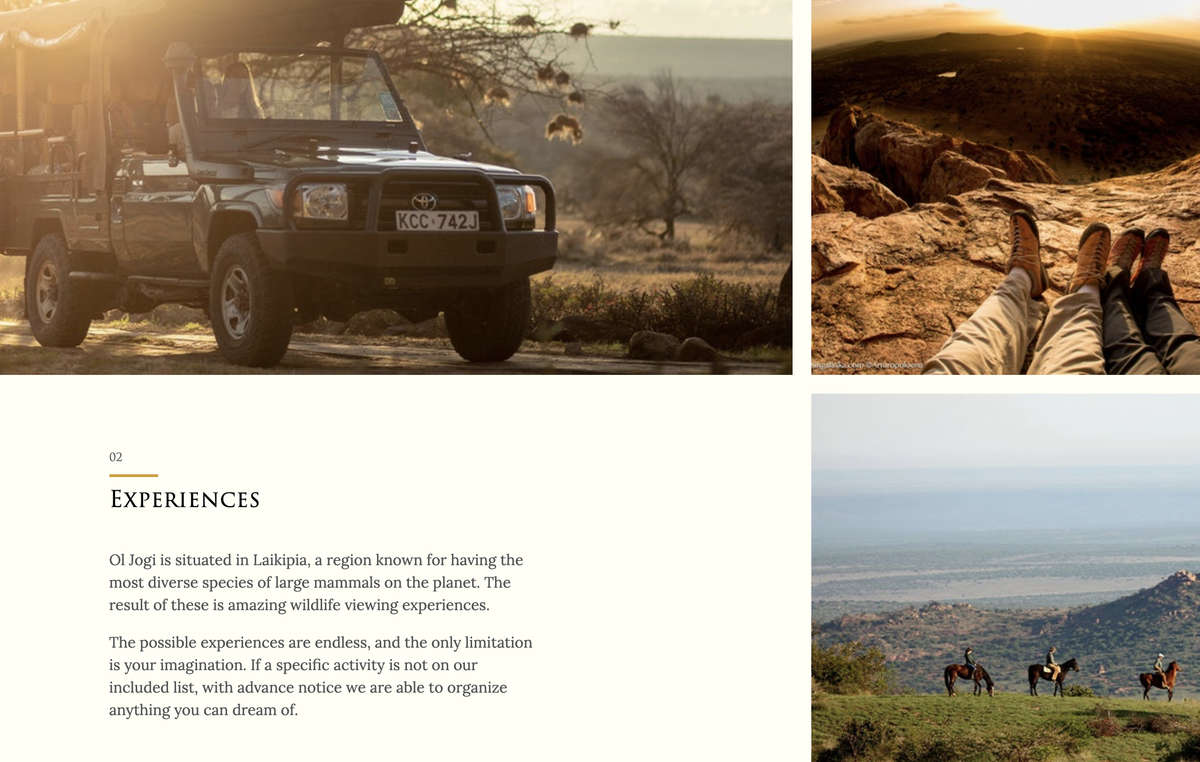 The Ol Jogi website, like many conservancy tourism ventures, presents a vision of a playground for wealthy Westerners, almost devoid of an African presence. © Ol Jogi website

The report also reveals that the NRT receives millions of dollars in government grants – from the EU, US government agencies, Denmark’s Danida, France’s AFD and others – as well as vast sums from the big conservation agencies, including The Nature Conservancy, Conservation International, WWF, Fauna & Flora International, March to the Top, Space for Giants, Save the Elephants, Rhino Ark, Tusk, and International Elephant Foundation.

Fiore Longo, head of Survival’s Decolonize Conservation campaign, said today: “Disturbingly, the NRT is increasingly moving into the opaque and dodgy carbon trading and carbon offsetting as another source of income, and this is being held up as a model by the EU in their new NaturAfrica project, despite the abundant evidence of human rights abuses.”

Kenyan ecologist and conservation expert Dr. Mordecai Ogada said today: “NRT is an idea that started small (and perhaps with good intentions) but it has now become a massive financially and socially unsustainable bubble, straddling northern Kenya with quasi-governmental power. Through manipulation of cultural structures, they have trapped communities into their contrived “conservation” model and donors into their Byzantine financial web. The longer this edifice persists, the more perilous its inevitable unraveling will be."

Survival International’s Executive Director Caroline Pearce said today: “Kenya’s “conservancies” have long cultivated an image of luxury in harmony with nature, of untouched African landscapes and happy locals, often in picturesque attire. But – as Survival has long argued and the Oakland Institute’s researchers amply demonstrate – this is simply a veneer for exploitation and abuse of power at the expense of Indigenous and other local people.

“Survival has collected testimonies from all around the world, detailing how this model of fortress conservation leads to Indigenous Peoples being evicted from their own lands, and being abused and terrorized by those who dispossess them. This is yet another example of why mainstream conservation practices must change at a fundamental level, and why the world’s tolerance for appalling abuse masked as friendly ‘conservation’ must cease. The NRT must be held to account.”