This page was last updated on September 30, 2019 and may contain language which is now outdated.

The World Wildlife Fund (WWF), one of the world’s biggest conservation organizations, is breaking the law in its backing of a conservation zone in the Congo Basin, according to letters released today.

The letters demonstrate that the new protected area, known as Messok Dja, is being created without the free, prior and informed consent of the people who rely on that land for survival, members of the Baka and Bakwele tribes. 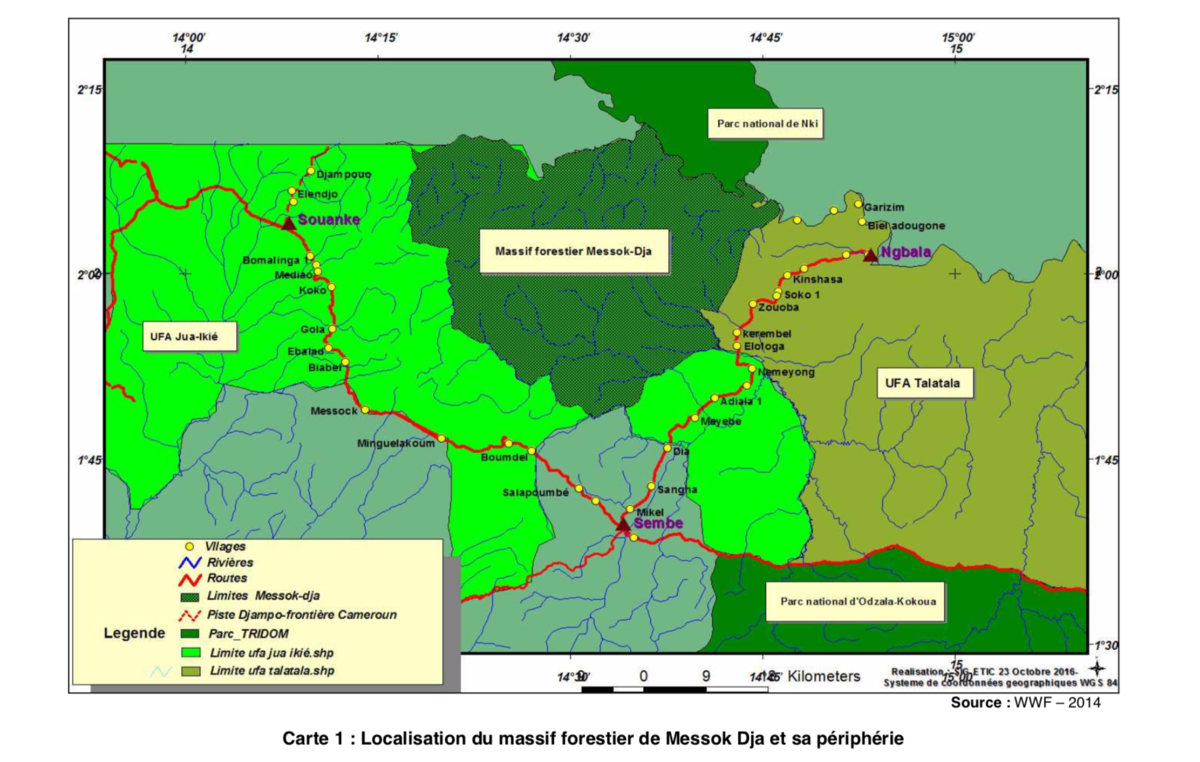 A map showing the planned conservation zone, Messok Dja, on land that the Baka and Bakwele tribes rely on for survival © WWF

According to national and international law, Indigenous people must give consent for any project affecting their lands, territories, and resources. Without the consent of the people who rely on the land for survival, the establishment of Messok Dja park is illegal.

Over a hundred people from six villages in Republic of Congo have signed the letters, which also describe horrific violence and abuse by ecoguards funded and supported by WWF.

“WWF came to tell us that they are going to make a new national park and that we will no longer have the right to go in it. But that is our forest and we do not want this park. We know that it means destruction for us and that ecoguards will come and beat people and burn down houses. Many of us have been beaten with machetes and guns by the ecoguards.”

The ecoguard unit in Sembe was set up with the help of WWF and continues to receive financial and logistical support from WWF.

The letters from the Baka people were released today by Survival International, the global movement for tribal peoples. Director Stephen Corry said:

“WWF must withdraw its support for Messok Dja immediately. It claims the government is responsible for assigning protected area status to the Baka’s land, but this excuse will not wash: WWF’s own policy (and international human rights norms) say it cannot support a project that the local Indigenous people do not want."