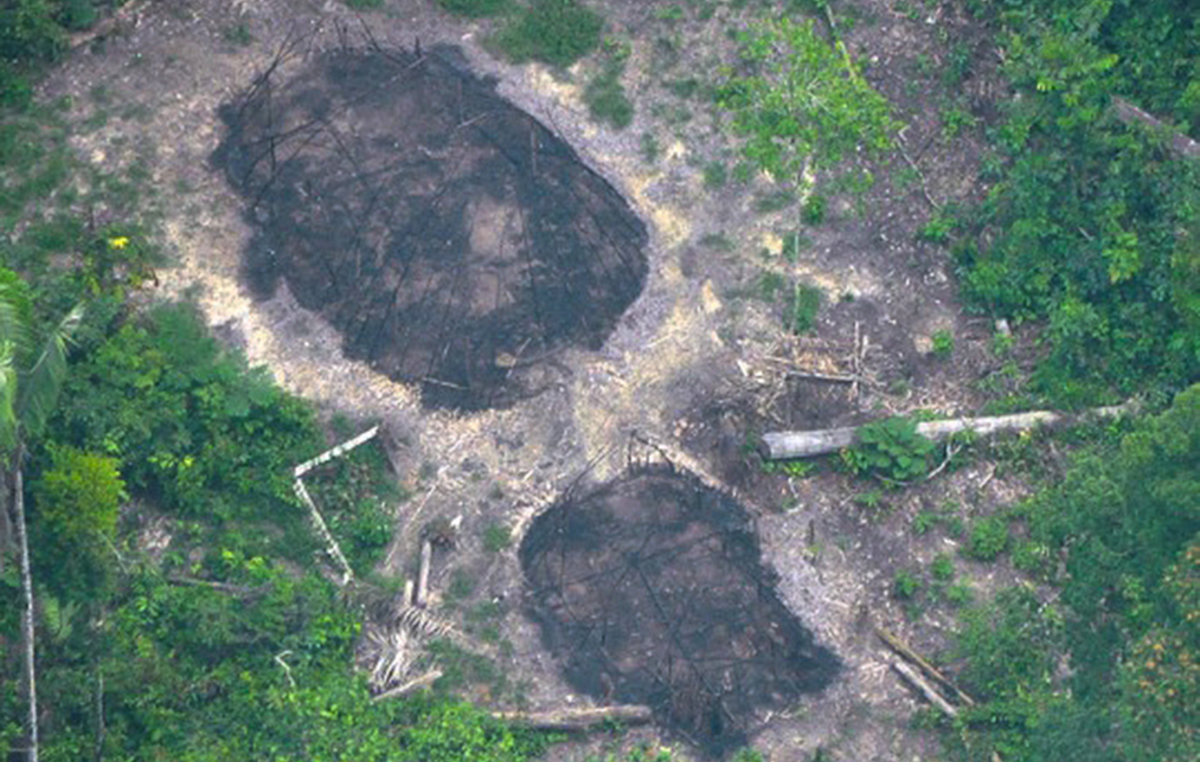 Evidence of an attack? Burnt communal houses of uncontacted Indians, seen in December 2016, could be signs of another massacre in the Uncontacted Frontier. © FUNAI

Public prosecutors in Brazil have opened an investigation after reports that illegal goldminers in a remote Amazon river have massacred “more than ten" members of an uncontacted tribe. If confirmed, this means up to a fifth of the entire tribe have been wiped out.

Two goldminers have been arrested.

The killings allegedly took place last month along the River Jandiatuba in western Brazil, but the news only emerged after the goldminers started boasting about the killings, and showing off “trophies” in the nearest town.

Agents from Brazil’s indigenous affairs agency, FUNAI, confirmed details of the attack to Survival International. Women and children are believed to be among the dead. FUNAI and the public prosecutor’s office are currently investigating.

The area is known as the Uncontacted Frontier, as it contains more uncontacted tribes than anywhere else on Earth.

Several government teams who had been protecting uncontacted indigenous territories have recently had their funding slashed by the Brazilian government, and have had to close down.

Uncontacted Indians in the Brazilian Amazon, filmed from the air in 2010. © G.Miranda/FUNAI/Survival

President Temer’s government is fiercely anti-Indian, and has close ties to the country’s powerful and anti-indigenous agribusiness lobby.

The territories of two other vulnerable uncontacted tribes – the Kawahiva and Piripkura – have also reportedly been invaded. Both are surrounded by hundreds of ranchers and land invaders.

Uncontacted tribes are the most vulnerable peoples on the planet. However, when their rights are respected, they continue to thrive.

All uncontacted tribal peoples face catastrophe unless their land is protected. Survival International is doing everything it can to secure their land for them, and to give them the chance to determine their own futures.

Survival’s Director Stephen Corry said: “If these reports are confirmed, President Temer and his government bear a heavy responsibility for this genocidal attack. The slashing of FUNAI’s funds has left dozens of uncontacted tribes defenseless against thousands of invaders – goldminers, ranchers and loggers – who are desperate to steal and ransack their lands. All these tribes should have had their lands properly recognized and protected years ago – the government’s open support for those who want to open up indigenous territories is utterly shameful, and is setting indigenous rights in Brazil back decades."