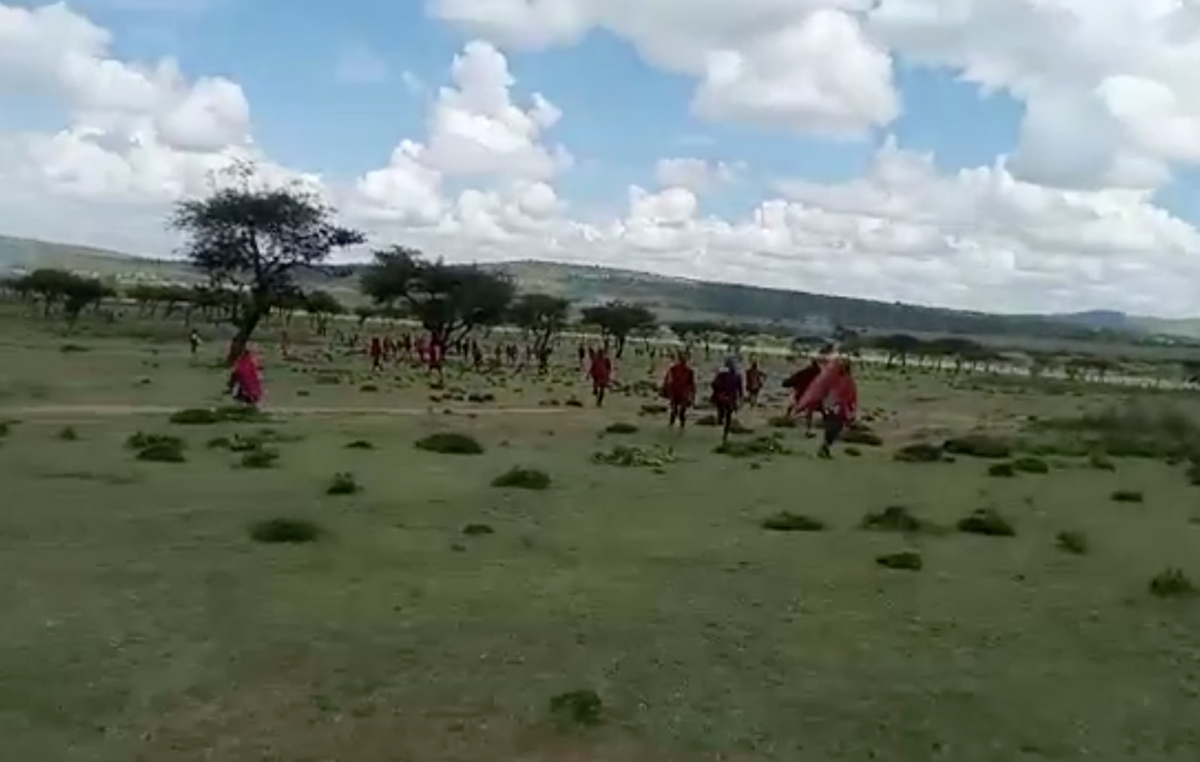 Still from a video showing the Maasai being violently evicted from their ancestral lands, 2022. © Survival

Survival International, the global movement for tribal peoples, is extremely concerned by reports of the shooting, killing, beating and detention of Maasai in Loliondo, Tanzania. As you know, this is an area where Frankfurt Zoological Society (FZS) is a key player in the conservation sector and a close partner of the Tanzania National Parks Authority (TANAPA).

We welcome the recent condemnation of violence and intimidation in Loliondo by Frankfurt Zoological Society (FZS). We understand that this is the first time that FZS has publicly denounced violence against Indigenous Maasai in the region. This is despite decades long land conflicts in relation to “conservation”, including when FZS-supported Serengeti Park Rangers were involved in violent evictions in 2017, about which FZS chose to remain silent.

However, we believe the FZS statement has serious shortfalls and fails to acknowledge FZS’s own responsibility for the conflict. Indeed, the statement continues to promote the kind of colonialist and racist conservation that leads to conflicts like the one in Loliondo.

FZS plays a major role in Tanzania’s conservation sector and has been involved in the Serengeti National Park (SENAPA) and surrounding areas since the organization was founded in 1958. In recent year, FZS has been increasingly working in areas around SENAPA, including Loliondo to promote conservation measures also on communal land. As such, FZS should have been aware of the Maasai’s opposition to illegal attempts by the government and Tanzanian conservation agencies to seize parts of their legally registered land in Loliondo and elsewhere.

In its statement FZS dismisses Maasai land rights and greenwashes the Tanzanian government’s attempts to remove Maasai villages by claiming that the status of the area has been “uncertain” for the past two decades. The Maasai land tenure and customary rights in Loliondo is traceable from time immemorial and has never been extinguished by any law both during colonial and post-independence regimes. All villages in Loliondo are legally registered and obtained village land certificate from Tanzanian authorities.

Even more disturbing is that FZS is failing to take responsibility for its decades-long history of involvement in evicting and criminalizing Maasai communities and for Maasai being treated as “obstacles to conservation”. In his popular film “Serengeti shall not die”, long-term Director of FZS Bernhard Grzimek stated: "These Maasai with their herds are the reason why we had to learn to fly, why we flew so far from Frankfurt to over the equator ... Because of the Maasai, the national park is to be reduced by a good third.... A national park is a piece of wilderness and should remain so as in primeval times. People, even Indigenous people, should not live in it."

Under Grzimek the FZS was involved in evictions of Maasai in Tanzania. In the 1960s it provided funding for at least one “Village Settlement Officer” who coordinated the eviction of Maasai people and the destruction of their homes by the Tanzanian government and Serengeti National Park forces.

FZS has never formally apologized to the Maasai for this injustice or for pushing this type of conservation. On the contrary, FZS still advocates for the racist and colonial Fortress model of conservation, as demonstrated by FZS’s “nature without us, for us” approach to the Serengeti. FZS persists in referring to the local population as one key threat to the survival of the ecosystem, thus promoting the myth of “wilderness”, which has been the underlying philosophy behind Maasai evictions from the start. Last but not least, FZS remains a key promoter and advocate of “wildlife tourism” in the region, which is a major threat to the Maasai and their rights to live in, manage and control their lands, as enshrined in the Tanzanian Constitution and international law.

As one Maasai elder, who was evicted form Serengeti as a child recently told Survival, “Out of all the enemies in the world, FZS is the number one enemy of the Maasai. Because it is responsible for all Maasai evictions since we left Serengeti. They came with their ideas and their money. In Ngorongoro too, and now in this 1500km2 of land. Since I left Serengeti, I lost many important things. I lost Serengeti. The plains, such a good land for grazing. I loved it".

Survival urges you to:

1. Condemn and call for an end to the ongoing violence and persecution of Maasai in Loliondo, including against those who shared pictures and videos of the violence.

2. Call for those who have been detained to be released.

3. Call for all illegally planted demarcation beacons to be removed.

4. Call for those responsible for the unprovoked violence against the Maasai to be brought to justice and ensure that this includes any FZS-supported Serengeti Park Rangers and conservation authorities who were involved.

5. Acknowledge and end FZS’s support for evictions and the Fortress Conservation model in Tanzania and elsewhere.

6. Formally acknowledge and apologize to the Maasai for the violent and unjust legacy of Bernhard Grzimek and FZS.