Sydney Possuelo worked as a Brazilian government sertanista, a government official tasked with seeking contact with uncontacted tribes. What he found led him to fight for their right to land – and to be left alone. 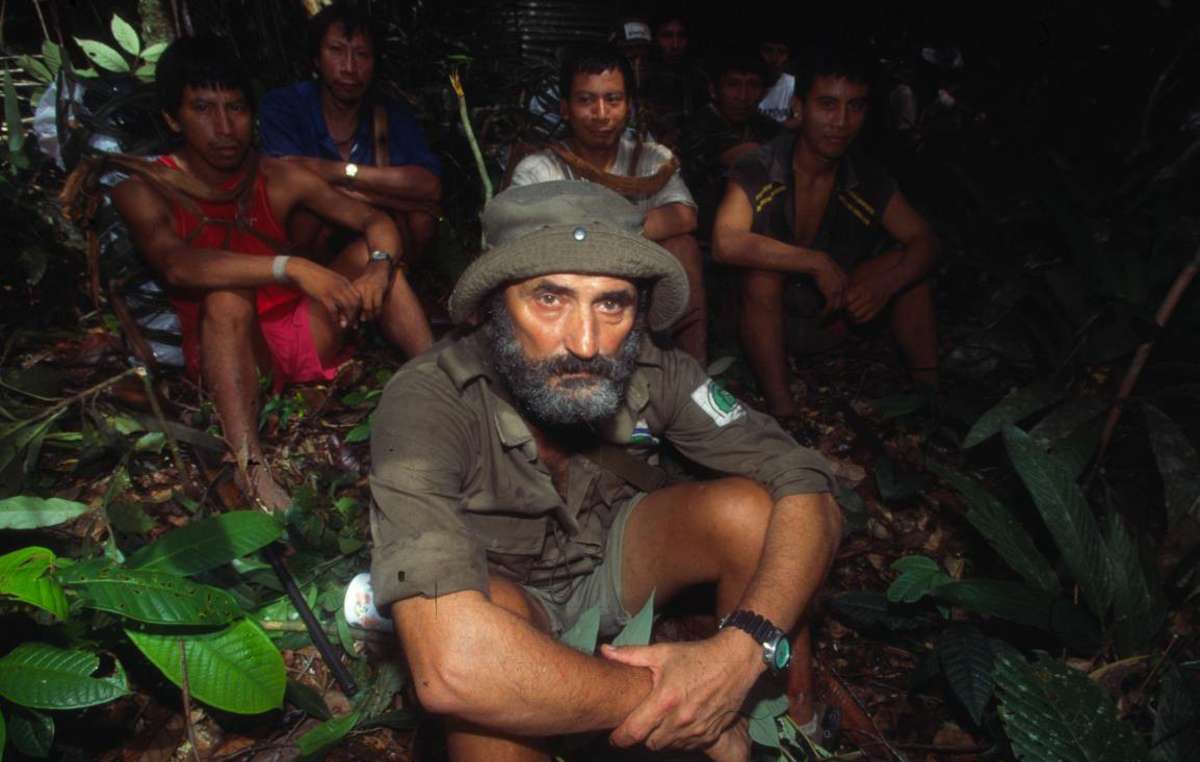 “I remember it well; my first encounter with uncontacted people was in 1971. Our mission was to bring out Jaboti and Makurap tribal people, enslaved in the rubber forests deep in the Amazon. I travelled along the Rio Branco as far as it was navigable, then walked along many trails until the Indigenous people accompanying me suddenly refused to continue. They had found signs of the existence of the invisible ‘brabos’. All around us were huts, shelters, mats, remains of fires, arrowheads, marked trees, animal traps.

These were signs of life I recognised, practices I had learned about during the years I lived with the Xingu peoples of Brazil. But something new caught my attention: sharp bamboo stakes planted in the ground. Several stakes, camouflaged by leaves — dangerous weapons for the incautious. These were the signs of a people who were resisting fiercely the advances of our society. They were fighting to keep hold of the land that had always been their home. 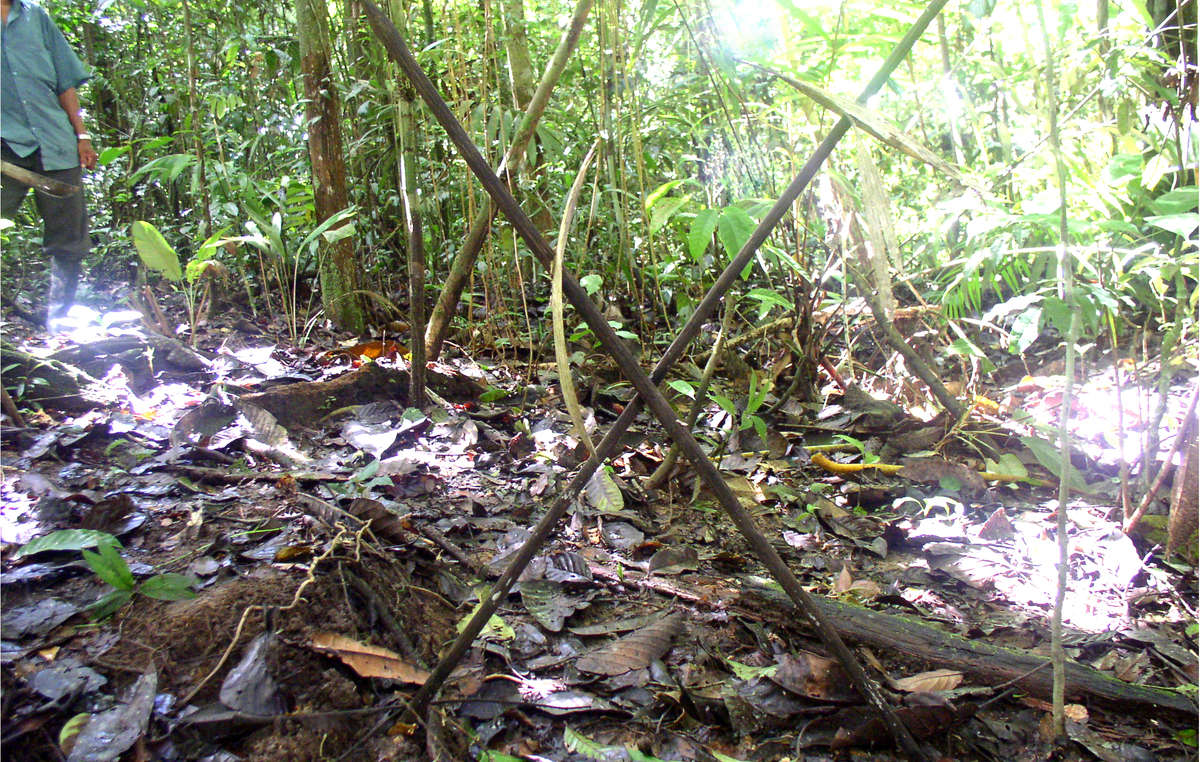 Crossed spears found on a path in northern Peru, in the region where oil company Perenco is working. Crossed spears are a common sign used by uncontacted Indigenous people to warn outsiders to stay away. © Marek Wolodzko/AIDESEP

During the 1970s, the military governments in Brazil started to develop a road network that would cut through the Amazon, destroying the territories of the Indigenous people. Until then, the area had been considered unoccupied, empty. The Government called in many sertanistas to contact the Indigenous people who lay in the way of the road. I was one of them; I was sent out to explore almost unknown areas of forest, leading expeditions with the aim of “pacifying” uncontacted tribes. In the years that followed, I stood alongside the people as they fought at hydroelectric construction sites, campaigned at oil-prospecting — all in protest against the stealing of their lands. I learned to patch up Indigenous people who were badly wounded from these conflicts. I learned what measles meant to recently contacted tribes — annihilation of their people. And I witnessed people losing their identity, their languages and their land.

I began to realise that contact with the outside world is not in the interest of uncontacted tribes. I started to wonder, what sort of shambles are we creating? At the time, I genuinely believed that we were saying, ‘come and share a world which is technologically more advanced!’ But all of it is a lie. We are invading their space. Our society is made for us, not for the tribal man. The white architect designed no space for the tribal man.

For once you make contact, you start to destroy their universe. The Indigenous person cannot evaluate the delusions of our world. When we show them our illusions, they see a huge bazaar with a mass of shining tiles. ‘This is a wonderful world’, they say. ‘This is where everything will be solved for me.’ It is a deception. He loses the grace of a man who is so integrated into his environment that he’s beautiful and carries himself with pride.

And so I began to fight to change long-held policies to those of no contact; I began to persuade those in power that the state has a duty to protect people — remnants of societies that once numbered thousands — who are unable to defend themselves against a much more powerful society.

My beliefs remain as strong today. When a people is isolated and at peace; when nothing threatens them, why do we need to contact them? Just because we know they exist? They very often make it clear that they seek their isolation, so the first right of isolated peoples is to allow them to remain isolated. And the longer Indigenous groups can remain uncontacted, the more time we have to rethink the rights of Indigenous people to health, peace, freedom — in short, the right to happiness.

The societies which can create aeroplanes and rockets need to develop ideals which truly respect uncontacted tribes. Will the world now accord the last remaining groups their right to freedom? Can we prevent our vast paraphernalia of technology — tractors, communication, transport — from wrecking their environments?

When there is contact in the future, will we be more brotherly, more human, less violent?”

This article first appeared in Survival’s book ‘We are One — a celebration of tribal peoples’, with additional material drawn from Sydney Possuelo’s interview with the late film-maker Adrian Cowell. Edited in 2022.

Sydney created a special unit for uncontacted Indigenous peoples in FUNAI, the government’s Indigenous affairs department, and implemented a landmark policy of not making contact with them.