Michael Dingake was born in present-day Botswana, but became an activist for the African National Congress (ANC) in South Africa. In 1965 he was arrested, tortured, and then imprisoned on Robben Island alongside Nelson Mandela. He was released in 1981 and in 1987 published his autobiography, ‘My Fight against Apartheid.’ Click here to read Survival’s interview with Michael. 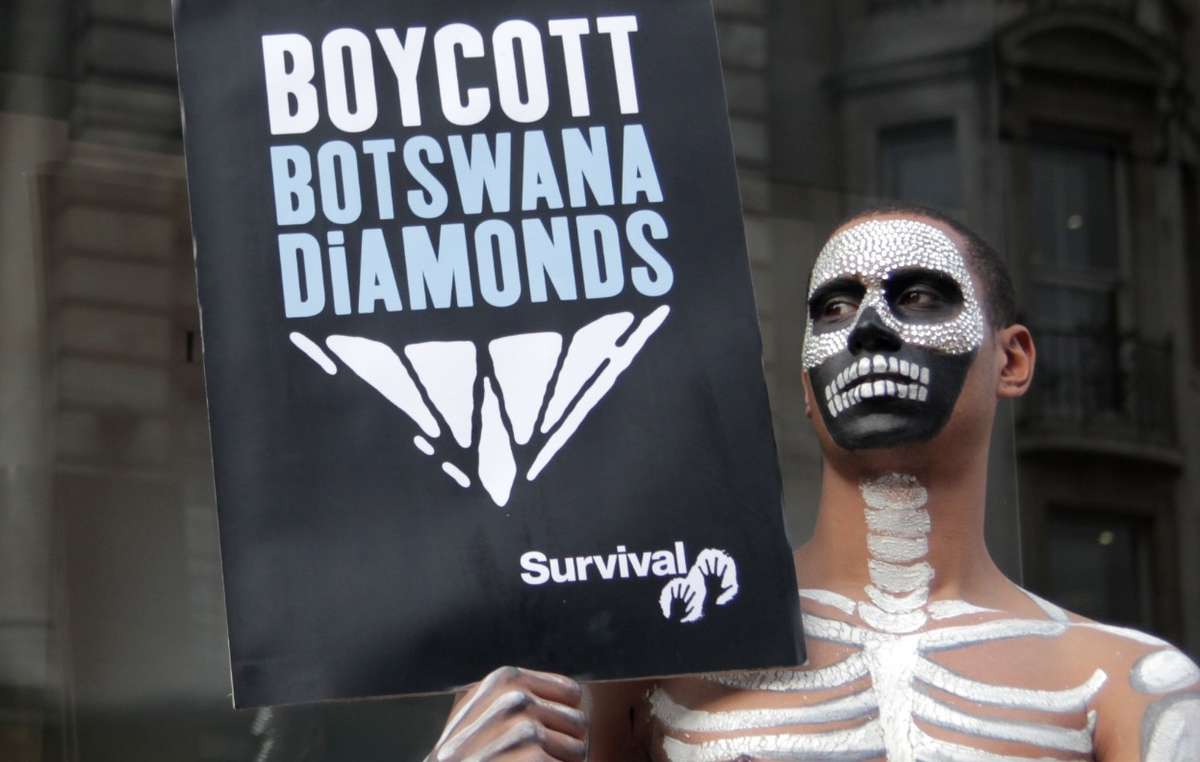 Survival International deserves a standing ovation for sending the government pack away with tails between the legs and an egg on their hydra face. The BDP may be in government and hogging the limelight as a shining example of democracy in the continent, but many Batswana know them as a vindictive and uncompromising mob capable of meting retributive justice to all they consider irksome. It has taken two cases concerning Basarwa the most disadvantaged and woebegone creatures in the country to dent the fake image. Conscious of the overbearing executive power they command and the public purse (taxpayers’ money) at their disposal they never hesitate to play sadists to subordinates, and their public image can go hang. The Vice President once stated, Botswana’s image is not that brittle to be tarnished by one or two extra-judicial killings! Notably it has taken an outside organization with capacity to mobilize big funds for the course of human rights for the Basarwa outcasts, by taking the errant government to the highest Court of the land to win a remarkable victory for community rights, we hope will reverberate throughout the world and expose the paradoxical government that lie about ill-treatment of its subjects while they play goody-goody in the eyes of the world against their continental colleagues’ outrageous conduct.

Bravo to Basarwa and Survival International who dragged the holier-than-thou government to court and won a tremendous victory against Basarwa’s illegal uprooting from their ancestral land in the Central Kalahari Game Reserve (CKGR) and succeeded. Back to the CKGR, government, bad losers they always are discovered a loophole in the judgment that did not oblige them to provide the returning CKGR mortals with water though there is nothing hidden about water been vital to survival of homo sapiens, even denying them water at their own expense! Small wonder the Appeal Court found that this so-called shining example of democracy was evidently and palpably worse than the former apartheid regime next door and the colonial regime we believed we had extricated ourselves from in 1966, when we opted for self-government. What a damning indictment! BDP must hang her head and wail.

While following the dingdong war of words between Stephen Corry of SI and President Ian Khama, Minister of Environment, Wildlife and Tourism, Kitso Mokaila down to the pathetic and misguided Mosarwa sellout, Beslag, we observe a government miscomprehension that human rights organizations have capacity to squeeze puny despots who wish to interpret the concept of human rights in their own version contrary to the universal interpretation.

Domkrag government does not see how heavily loaded the rolling dice of human rights is changing the whole complexion of international human relations. The BDP has become an anachronism in the practice of universal human relations!

Why do we owe SI a standing ovation for support of Basarwa? Those like me who were ambivalent whether SI boycott campaign of our diamonds and tourism was the right thing, can sigh in relief. Cynically I imagined that the collective punishment we would all endure was deserved, since we failed to take cudgels on behalf of our fellow Basarwa citizens, by giving them unwavering, visible moral support. Yes, we are incapable of matching Domi materially, pound for pound, but we could have prevailed in street demonstrations and other public protest forms.

No matter. SI has done the job for us in the name of brotherly solidarity. After taming the beast through the costly judicial process, SI have pledged to suspend the boycott whose repercussions the blinkered Domkrag did not appreciate. We need to be grateful for SI’s human rights touch and magnanimity in victory.

In the process of fighting for Basarwa, SI has exposed our government’s mendacious propensity. Henceforth government’s every word and action must be scrutinized for lying defects. They lied through their teeth that relocation from CKGR was not motivated by plans to exploit the diamond deposits in the area without negotiating with the proprietors. Unabashed they have now granted licence to some company to dig diamonds in the area. We always knew CKGR was a rich diamond field and Basarwa were relocated to avoid haggling with them for the right to mine the diamonds. The few Batswana who knew could not blazon government lying propensity as SI was able to do. So let us stand up, every Motswana, to give a thunderous applause to the big efforts of SI!

Where do we go from here? From experience, the vindictive BDP government will not foreswear its vindictive streak; bet your last thebe they will find some excuse to delay, frustrate and undermine the implementation of the court order for the supply of drinking water to Basarwa. The harassment of this perpetually harassed community will be maintained and probably stepped up. Denial of hunting licences and arrests for lack of permits peculiar to the CKGR inhabitants is likely to remain the order of the day by the callous men and women we have elected to lead us. Hopefully we will not sit back and relax to sample the brilliant victory SI has achieved. Inspired one hopes we shall use the ‘drinking water’ victory as a stepping to teach the ruling camp to always consult with Batswana in good faith for their fundamental human rights.

What we need to do is to mobilize resources across the political spectrum to chase the government from office not necessarily the Tunisian or the Egyptian way but at least we can do it at the polls the Setswana way. The rally behind Motswaledi, another victim of vindictiveness spoke volumes recently. ‘We Can’ if we want to! We need to pressure government to adopt public party funding in order to arm Batswana with knowledge of their rights and lessons to defend these rights with a homegrown maxim: “An injury to one Mosarwa/Motswana is an injury to every Mosarwa/Motswana!” Se tshegetshege di ja Mmamotho e tla a re di ja Mmago re tla tshega (Don’t snigger when some one’s mother is in travail, it may be your own mother tomorrow).

This article was original published by Mmegi online on the 1 February 2011. 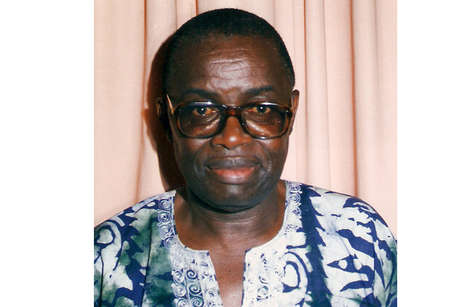