The United Nations, Peru’s government and Pluspetrol have all agreed that the Camisea gas project spells disaster for uncontacted tribes.

‘No activity should be authorized in this highly vulnerable area without implementing the highest safeguards for the integrity of the indigenous peoples.’(…) ‘(The Ministry of Culture) has made its decision about the project plans without having first carried out an adequate anthropological study.’

‘It’s clear that these peoples are extremely vulnerable, which is why the government and company must act with extreme caution and should not go ahead with the proposed expansion before first assuring conclusively that the (tribes’) human rights are not at threat’.

‘Given that uncontacted tribes do not have immunity against common diseases, contact can lead (…) to epidemics that can result in the death of entire peoples. It is essential to uphold the principle of no contact in order to ensure their fundamental rights are upheld, including the right to life and integrity, the right to their lands and ancestral territories, and the right to culture and health.’

‘(Any diseases transmitted by workers could cause) prolonged periods of illness, mass deaths, and, in the best cases, long periods of recovery.’

‘Given the impossibility of establishing direct contact with the populations in isolation in the Kugapakori-Nahua-Nanti Reserve it is difficult to understand the magnitude of the effects that the project could have on them. In terms of evaluating the impacts (on the tribes), it is assumed that any activity different to that in their daily lives will generate fear, concern and changes in the ways they see and conceive of the world.’

‘A rise in diseases such as syphilis, respiratory diseases and influenza has been reported, which in some cases have led to deaths in native communities and amongst indigenous peoples in isolation and initial contact.’

‘Many, many people died. People dying everywhere, like fish after a stream has been poisoned. People left to rot along stream banks, in the woods, in their houses. That terrible illness!’ 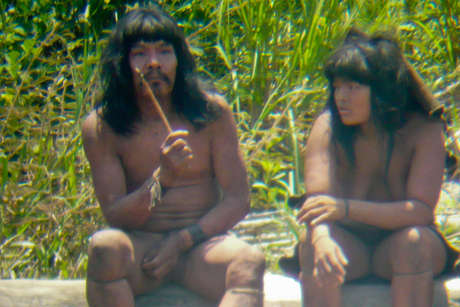 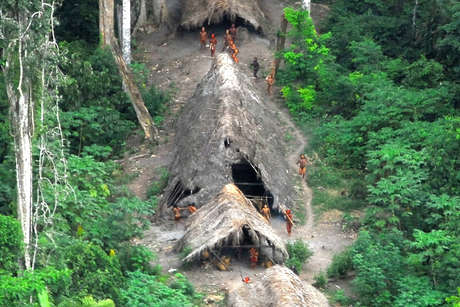