In India’s Andaman Islands, during the 1970s and 80s the local administration arranged numerous trips to the isolated Jarawa and Sentinelese tribes with little thought to the devastating consequences these might have.

Before local activists and Survival International’s global campaign to put an end to contact expeditions, the Indian government made many trips to the Sentinelese and Jarawa tribes.

For Indian dignitaries visiting the islands, a trip to see tribespeople they viewed as ‘"savages" was often a highlight of their stay. The Sentinelese made their reactions to these visitors from the world outside plain, often sending a shower of arrows towards the circling motor boats.

The recklessness and irresponsibility of these expeditions was all the more remarkable given the well-known catastrophic impact of contact on the other tribes of the islands. Their numbers had plummeted during British rule – the population of the Great Andamanese tribe, for instance, dropped from 5,000 to just 53 individuals. Both the Great Andamanese and another tribe, the Onge, had been left utterly dependent on handouts from the authorities, and many of the former had become addicted to opium.

In 1974, the Jarawa began to have friendly contact with the visitors, although they were still hostile to any attempts to enter their forests. VIPs were then taken for ‘picnic outings’ to meet the Jarawa, with no regard to the dangers this posed to the tribe, who could be wiped out by introduced diseases, like the flu, to which they would have no resistance.

In 1981 the authorities turned their attention to the Sentinelese, beginning more organised efforts to ‘pacify’ them. Every month government teams would land on North Sentinal island and leave items that they thought the tribe would find useful, especially coconuts (which do not grow on North Sentinel island), pieces of metal, and scraps of cloth. 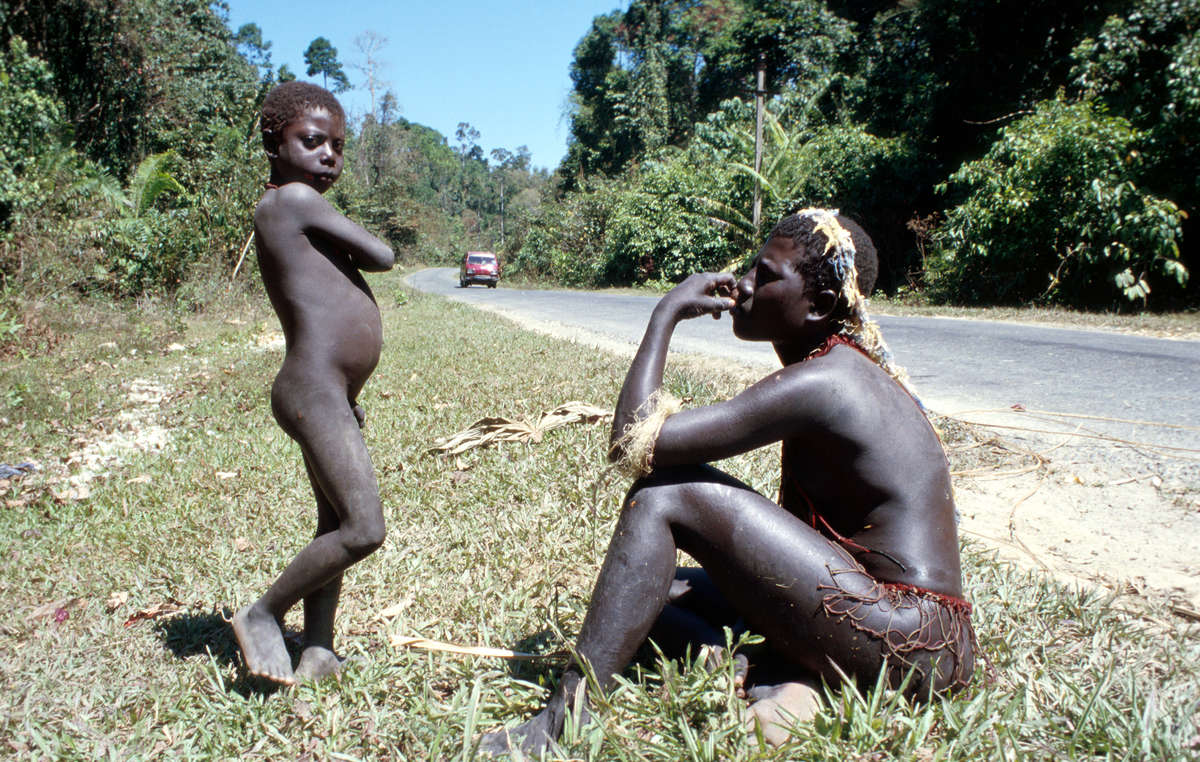 For many years the government’s policy was to open up the Jarawa’s land – a road was built through their reserve in the 1970s.

The aim was simple: gradually to bring the tribespeople out of their forest home and into “civilisation.” This would of course have the additional benefit of opening up previously-inaccesible parts of the Andaman islands to the loggers and settlers who had already destroyed so much of the islands’ forests.

In 1998, the Jarawa started to come out of the forest without their bows and arrows, and appear to have abandoned their previous hostility. They now have some contact with outsiders, visiting settlements or seeking medical attention. However, they remain independent and self-sufficient on their land. The Sentinelese continue to reject any contact with outsiders, firing arrows at anyone who approaches their island.

Fortunately, a concerted local campaign and the international pressure brought about by Survival International supporters has succeeded in bringing about a real change in government policy towards the Jarawa and Sentinelese. The contact expeditions to the Sentinelese have stopped, and official policy has now shifted from forcibly integrating the tribes to allowing them to decide their own way of life, and the manner in which they choose to interact with the society around them.