The Jarawa of the Andaman Islands enjoy a time of opulence. Their forest gives them more than they need.- Anvita Abbi, Professor of Linguistics, Jawaharlal Nehru University -

Tribal people are not ‘backward’, they haven’t been ‘left behind’. They choose to live on their land, in their own ways.
PROUD, NOT PRIMITIVE.

It’s crazy when these outsiders come and teach us development. Is development possible by destroying the environment that provides us food, water and dignity? You have to pay to take a bath, for food, and even to drink water. In our land, we don’t have to buy water like you, and we can eat anywhere for free. 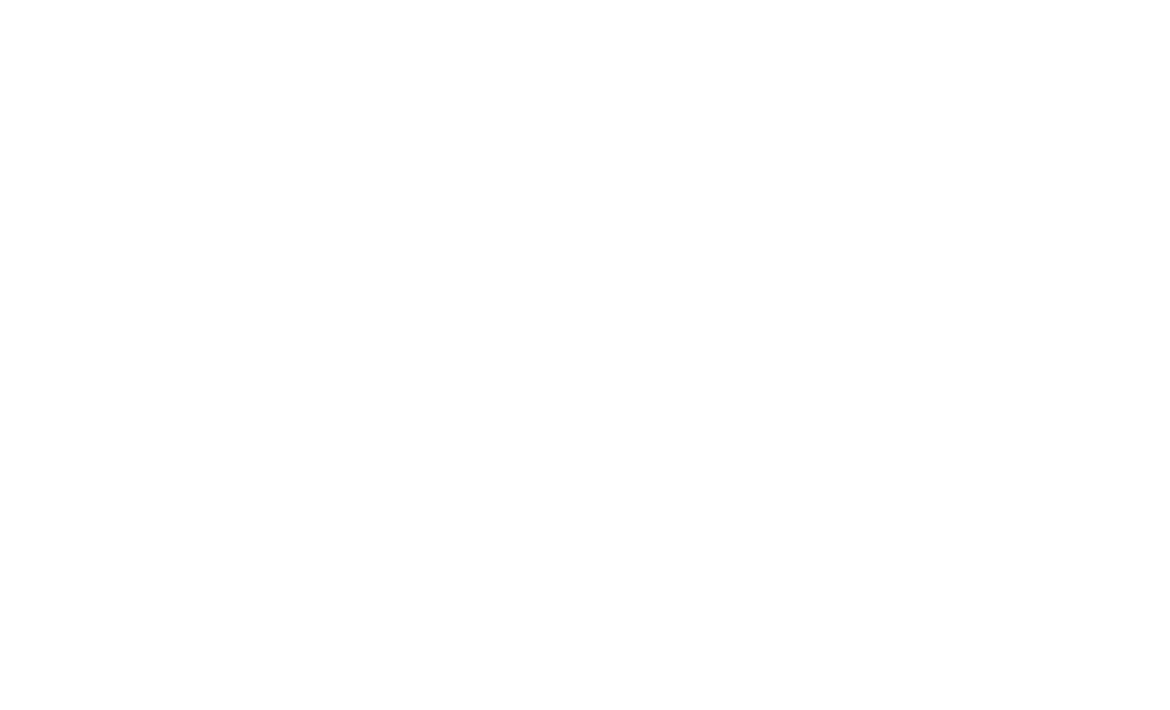 The Dongria Kondh grow over 100 crops and harvest almost 200 different wild foods, which provide them with year-round, rich nutrition even in times of drought.

Over generations, tribal peoples have developed complex systems to live well, together, on their land. They may be poor in monetary terms but tribal people living on their own lands are rich in other ways. They have good reason to be proud of their communities and the ways of life they have chosen.

Life expectancy now is around 60 to 65 years. Before it was 80 to 90 years. It’s because before [our access to our forest was restricted] we ate tubers, fruits, and other forest products, whereas now the Soliga diet is bad.Madegowda, Soliga

You take us to be poor, but we’re not. We produce many kinds of grains with our own efforts, and we don’t need money. Baba Mahariya, Bhil

We say, ‘you don’t have to take care of us. We’ll take care of ourselves. We’ll lead our lives the way we know.’Arjun Chandi, Majhi Kondh

Soliga children, Karnataka. The Soliga told the government that they would rather be poisoned than leave their land. Their rights to their forests are now protected.

Studies have shown that tribal people on their own land are some of the happiest in the world – the nomadic Maasai tribe were found to be just as happy as the world’s richest billionaires.

Tribal peoples’ lives are not static, or ‘stuck in the past’ – they adopt new ideas and adapt to new situations just as we all do. We are all living in the 21st Century. It is simple prejudice that makes us think some peoples are ‘modern’ whilst others are ‘backwards’.

This prejudice is used to justify displacing tribal peoples and pushing them into the ‘mainstream’ – on the assumption that ‘experts’ know what is best for them. 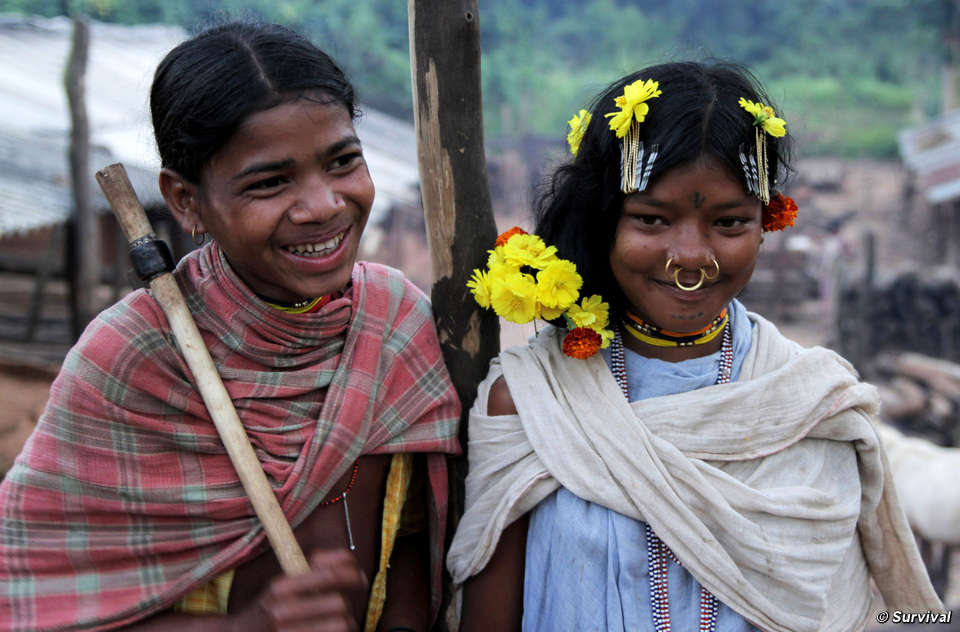 A striking example of this was the argument that mining company Vedanta Resources used to defend the devastating impact that their mine would have on the lives of the Dongria Kondh. The Dongria are united against the mine, they distrust and reject Vedanta’s claim that the company will bring development. Instead the Dongria choose to live their own way of life on their land. 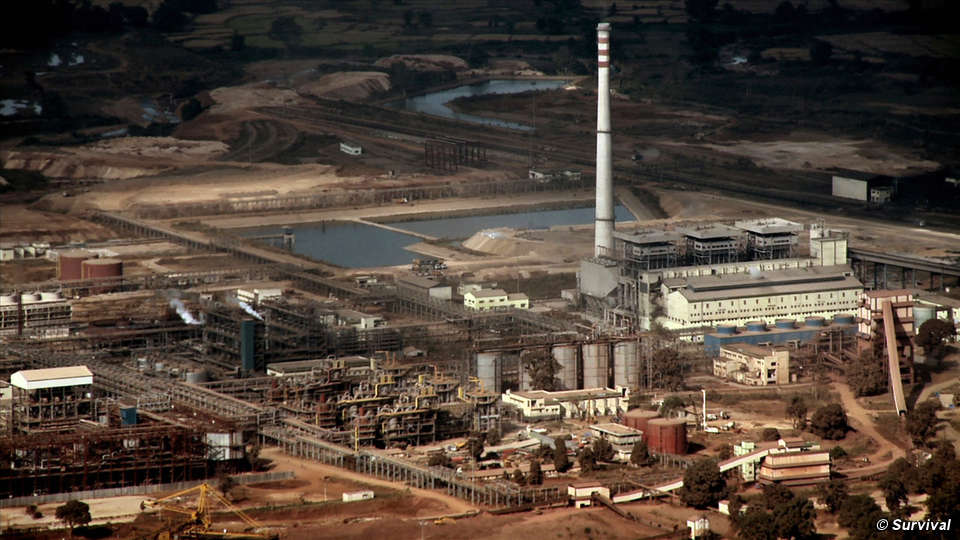 ‘As enlightened and privileged human beings, we should not try to keep the tribal and other backward people in a primitive, uncared-and-unprovided-for socio-economic environment.’

We’ll lose our self esteem if they take away our hills and forests. Other Adivasis who have lost their homes are dying of desperation, they are being destroyed. Earlier they used to till their land but now they are only drinking without working. They have become kind of beggars.

Despite often being described as ‘primitive’ and ‘poor’, a study of the hunter-gatherer Jarawa tribe’s nutrition and health found that the Jarawa, who remain self-sufficient on their own land, have ‘optimum nutritional status’. They have a detailed knowledge of more than 150 plant and 350 animal species.

However, their neighbours, the Great Andamanese, were brought into the ‘mainstream’ by the British and robbed of their land. They were decimated by disease and are now completely dependent on the government. Alcoholism and diseases such as TB are rife. 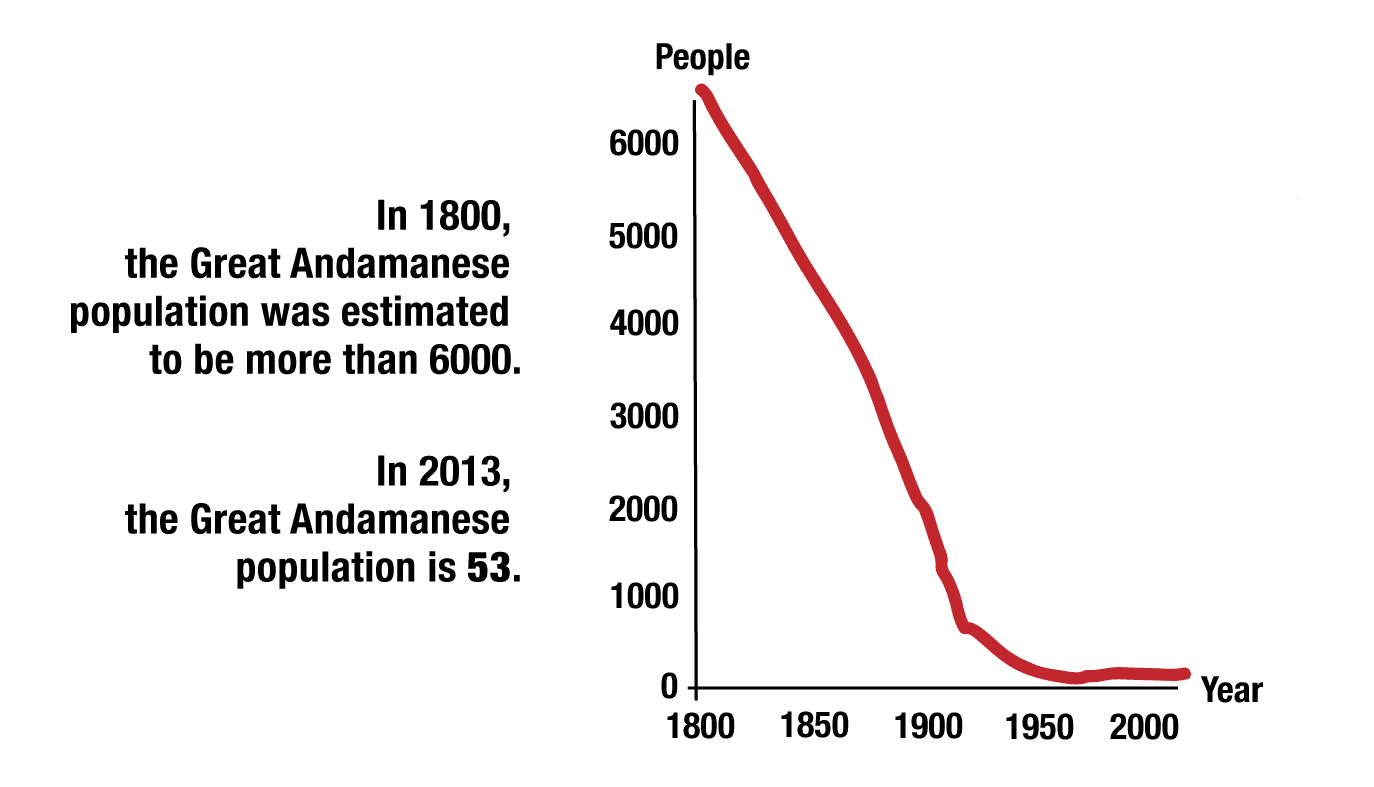 When tribal peoples’ land is taken they are stripped of their self-sufficiency, dignity and all that made their lives rich. They become the poorest of the poor.

One-fifth of our tribal population is already on the street, nearly 20 million people lost, uprooted, displaced, wandering around. 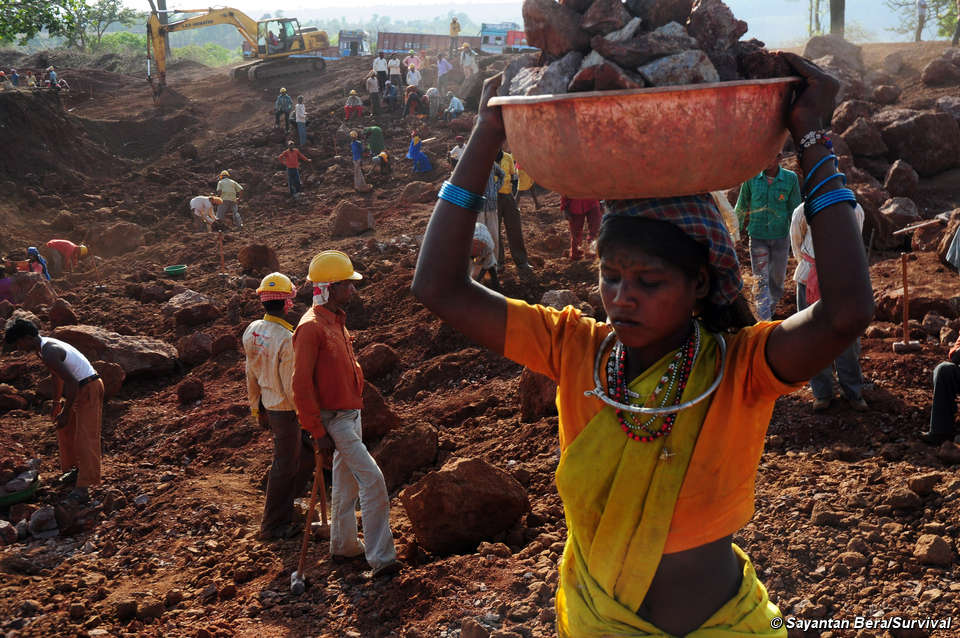 A Baiga woman works for daily wages on a mine which displaced her community: Vedanta's Bodai-Daldali bauxite mine, Chhattisgarh.

Tribal peoples’ lands are still being stolen, their rights violated and their futures destroyed. And now the vital law protecting tribal peoples’ land rights is under threat. This must stop.
Only tribal people should decide and control what, if any, changes they want in their lives.

Land is what will see us through, not only us but our children. We get two or three harvests a year. We are not dependent on anyone. We will not give up our land for anything in this world.

Tribal peoples are not primitive. Become part of the movement to challenge this prejudice and call for tribal peoples’ rights to their land to be protected across India.